At the beginning of 2014, I would tell people "I think this is going to be a sabbatical year for us." 2012 and 2013 were full of really heavy, really hard things for our family and something in me just wanted to believe that God would give us a year of rest. 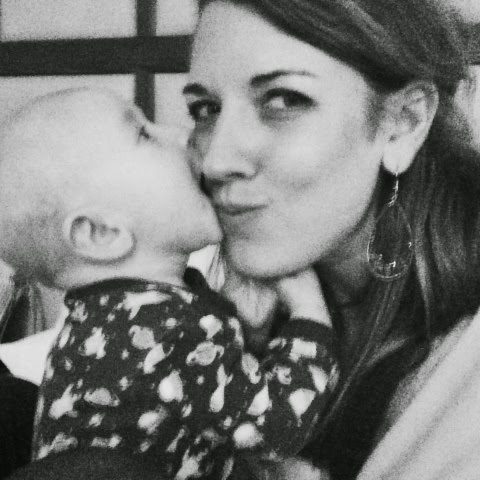 And I think He did. Certainly no space and time on earth is without heartache or toil since the Garden of Eden... But I think we experienced more feast than famine this year and for that we are thankful. God is good in both, you know. 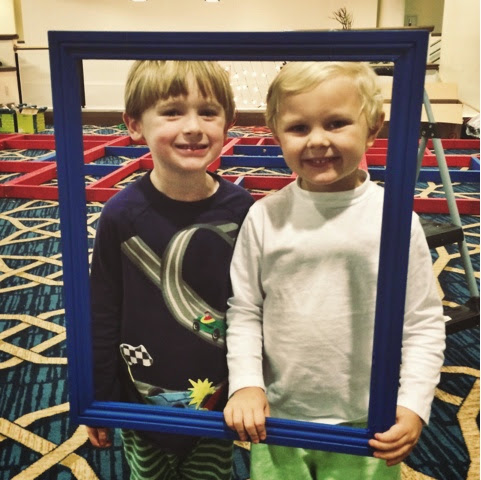 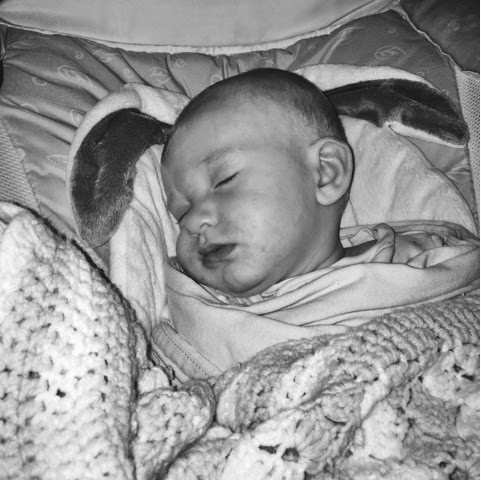 We slumbered into 2015 in a hotel in Destin at our Christmas Conference with Crusade. Charlie woke me up at 11:55 to eat. I turned on the TV, watched the ball drop, and nudged Andrew awake to get my first kiss of the new year.  It felt like a very appropriate first line of 2015... All of us sleepy-eyed and away from home but very happily together. 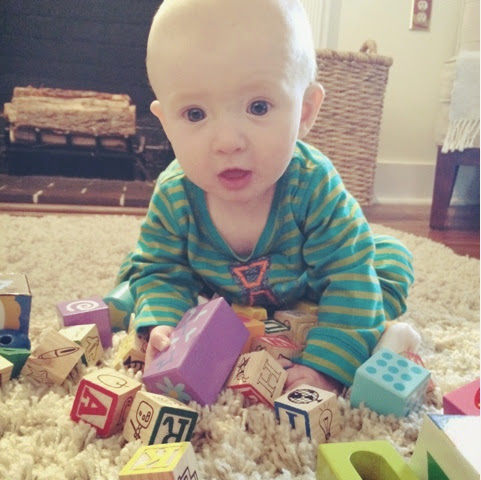 My baby is six months old now. Half a year of no sleep but honey-dripping sweetness. I am Charlie-obsessed. 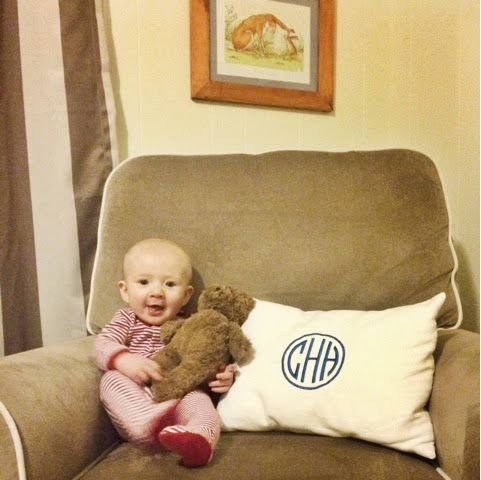 All the tricks came out this month-- more rolling and sitting up and grabbing our face with both of his hands for a slobbery open-mouthed kiss when we ask. Well, when me or Wilson ask. He is not a fan of Andrew's stubble and does a fake out, turning his head away right before his lips touch Daddy's face. He's kind of hysterical. 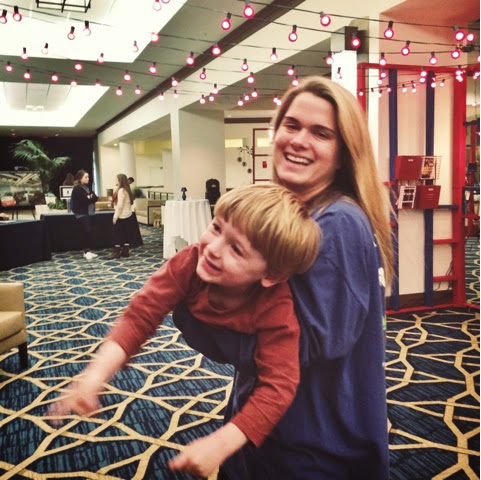 He is super-attached to mama and I am loving it. Wilson would reach out for anyone to hold him, so when Charlie is in someone else's arms reaching out for me with a quivering lip you better believe I grab that boy and totally encourage all of this separation anxiety. I have it too, Littlest Man. Last night he slept from 10-2 and can you gauge where we are with sleep if I tell you that that was amazing? Four hours of uninterrupted sleep and it's a good night.  That's not sarcasm... I mean, really, it was a good night. 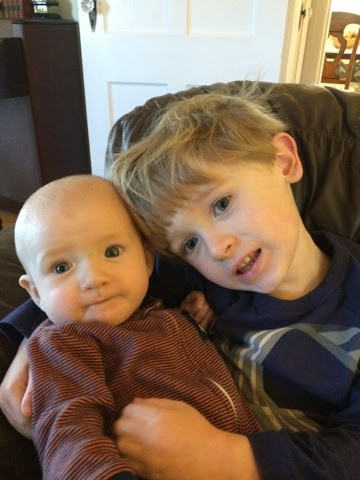 The boys love each other dearly and I'm trying to soak all of that in before the inevitable day they start fighting over toys. Sometimes Wilson puts on headphones when Charlie cries, but mostly they are eachothers' biggest fan. 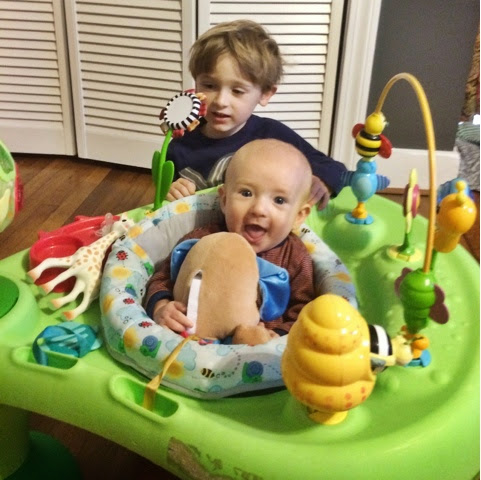 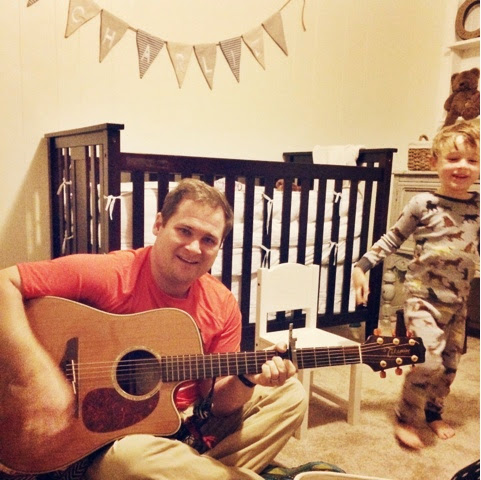 Andrew went out of town for a conference this month and I spent four days alone with the two boys for the first time. There was a lot of Netflix and not many  any baths, but we clearly survived and my bond with the boys is stronger because of it. 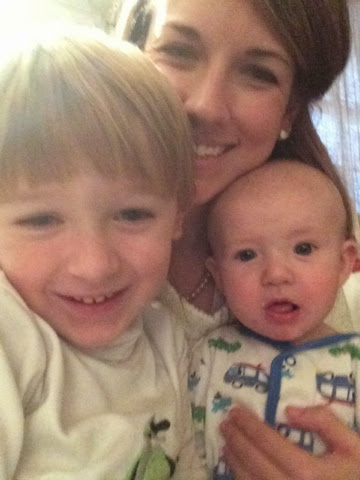 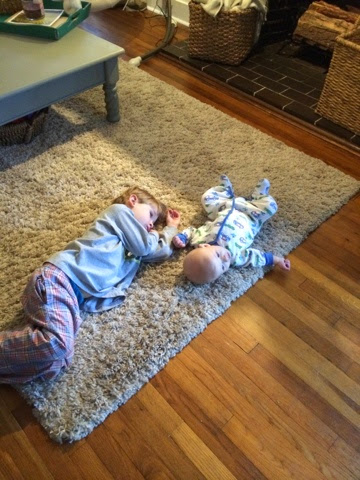 But really, he's the best. His Christmas present to me this year was weekly piano lessons, which I started this month. It was the most thoughtful gift and I am loving having a creative outlet in my life. 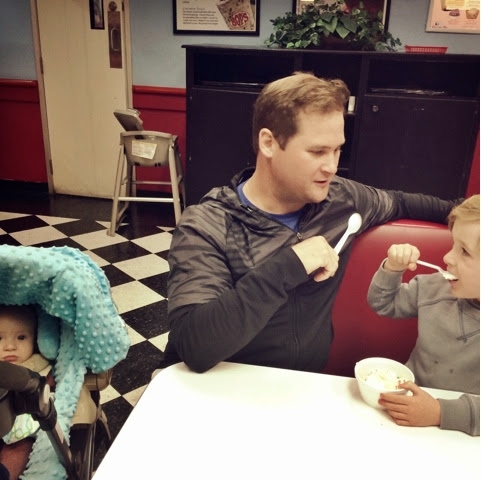 Actually everyone is benefiting from me having a hobby because when Mommy is happy... 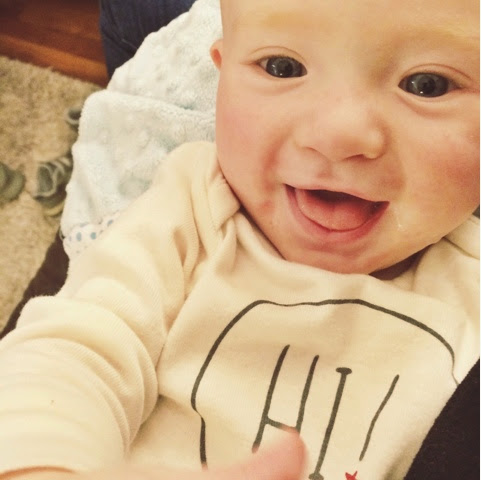 Charlie is eating some purées now. His first was green beans... followed by blueberries, apples, and sweet potatoes. No picky eater yet. Hot, cold, veggies, fruits... just get it in my mouth, Mama! 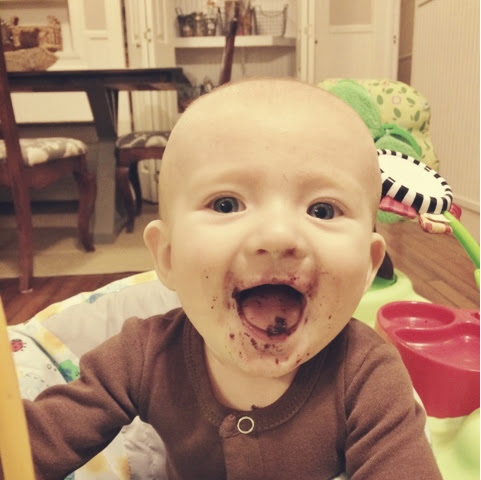 We had several pretty significant events this month starting with Charlie's baptism... 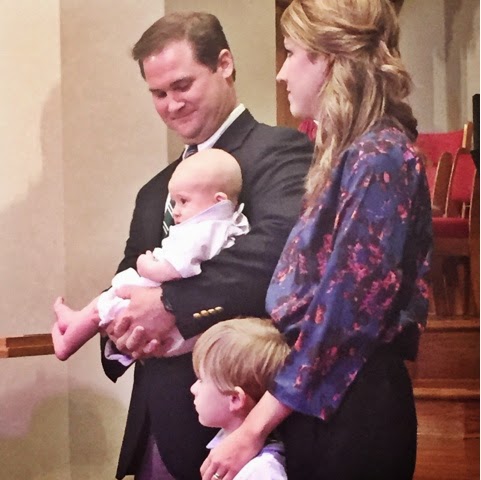 And then we traveled to Mobile to surprise Andrew's dad who received the Lifetime Achievement Award for his work in the horticulture industry. It was so special to see him so rightfully honored. I'm thankful to be in his family and very thankful that he raised such a hardworking son who carries on this legacy of excellence and integrity. 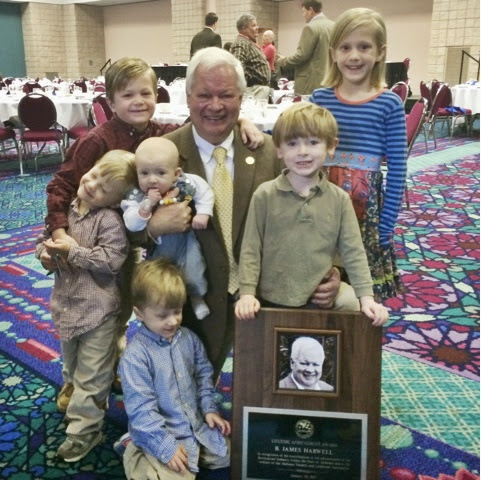 From Mobile we traveled north to Florence and got to introduce Charlie to his great grandparents (Andrew's maternal grandparents). We love time with Granny and Grandaddy Al and they are always such precious hosts to us. 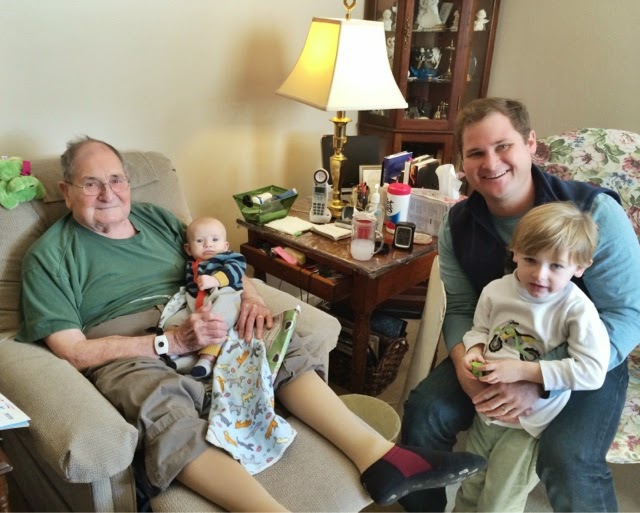 And northward we continued to Kentucky... to shower my sister who is going to be a MOM!! I can't even believe it, but then again I can, because she is absolutely the mother of the two of us. She and Kody are adopting our little sack of sugary sweetness and are just waiting to be matched. My heart is about to burst with love for this little one and I can't wait to watch Allie hold her own baby... and then quickly snatch him/her out of her arms to bathe them in kisses (because she has totally done that to me with my little ones... we are all about baby snatching in this family). 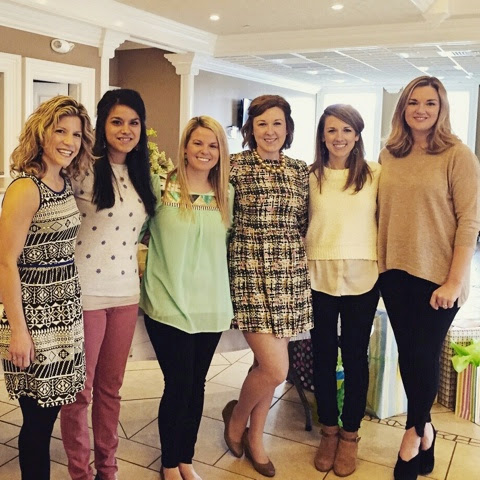 January, your days are marked and numbered as ones that shout of a loving Father. Hallelujah, Amen.
at 7:33 PM

Elizabeth, this is so precious! It's so fun to see such sweet pictures of your little boys. Honey-dripping sweetness, for sure! I'm thankful the internet allows me to keep in touch across state lines. :) Glad to hear y'all are doing well!