"Mama, can I tell you something?"

"When you put gas in the car, it doesn't stay in the side of the car. There's a pipe that takes it all the way to the engine."

Wilson's information-dumping is one of my favorite things about him. But this moment was even sweeter tonight because I was laying down with him in his bed, right before he drifted off to sleep, nose-to-nose, and I got that feeling.... not the thought, but the feeling of "I can't believe he's mine." 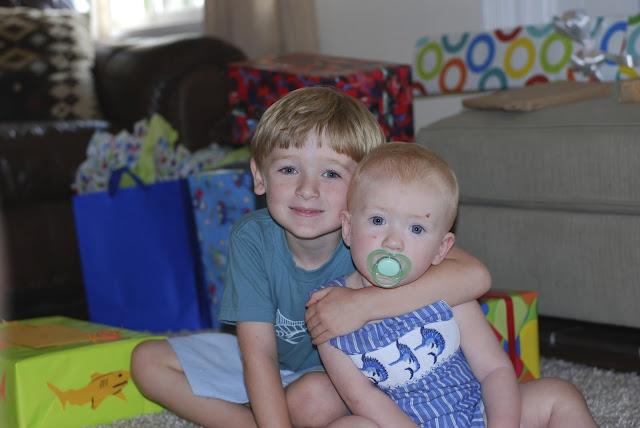 There have been days... recent days... when I look at his now-freckled face and think, "When did you turn into a boy?" I don't mean that he's changed genders, of course, but suddenly he feels so other to me. He's brushing his teeth by himself and getting a cup of water by himself and choosing what to wear by himself and I am feeling less and less apart of him. 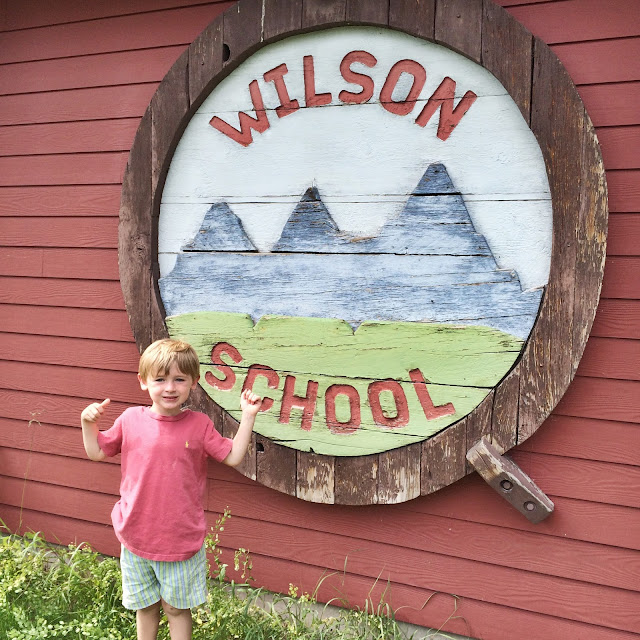 Because I love this little man. 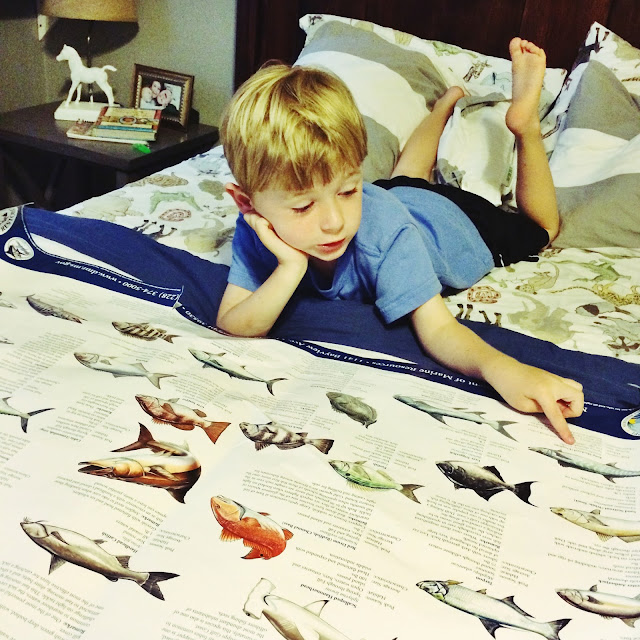 And truth be told, I think I need him. 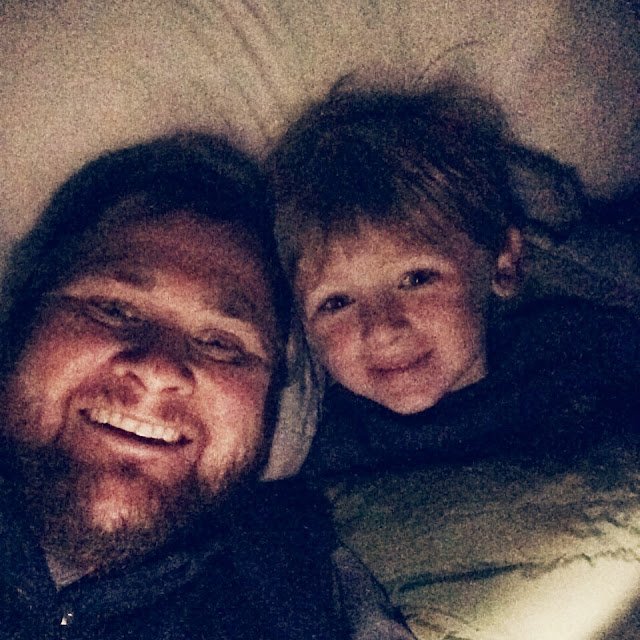 Is he really mine?

At five, Wilson is a learner. Somehow this word feels inadequate to describe what's going on... he is a walking (incomplete) Encylopedia, looking to fill in every gap in his knowledge. The trend has been for him to choose an area to obsess over, which usually lasts around six months, and then move onto something else. Right now he is on a kick with ocean creatures (and some freshwater fish) and this feels a little more serious than anything he's been into before.

He tells everyone (friends, family, students, doctors, cashiers, random people in the grocery store): "Hey, did you know I'm an oceanographer?" And because of this one time when a man questioned the timeline of his title, he now always follows this up with, "I'm not going to be an oceanographer. I already am one." 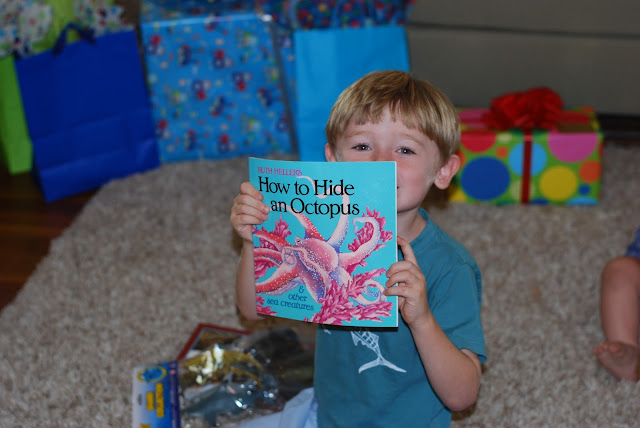 And actually, I think that's pretty accurate. Andrew and I have started to just take his word on anything aquatic, because we are both pretty certain he knows more than we do now. My little Jacques Cousteau.

And so we check out every fish book in the library and get all sorts of marine biology encyclopedias for his birthday because I'll attack any venue that gives way to us reading a book together.

He thrives on shared experiences. This means quality time is his number one love tank-filler and all day we hear, "Want to do this with me?" 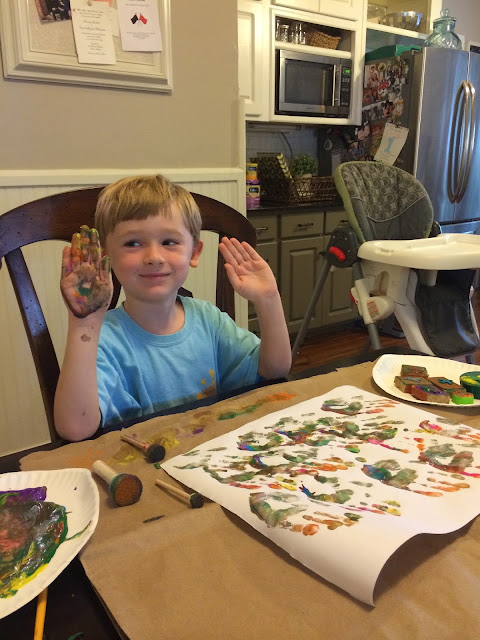 As a brother, well, he is just incredible. Of course there are moments when he doesn't want to share cars or throws something at Charlie out of anger, but mostly he is the best with him. He knows what books Charlie likes to read, what toys make him happy, how to make Charlie giggle so hard he gets the hiccups (Every time. Just like Wilson.). Once, out of eyesight, I heard Wilson scream "No!" and then a crying Charlie. I ran in yelling at Wilson, "What did you do to make him cry??" and calmly, without any tone of defense, he said, "He had a rock in his mouth and I scooped it out so he wouldn't choke." Well, okay. Thank you Jesus and Wilson. 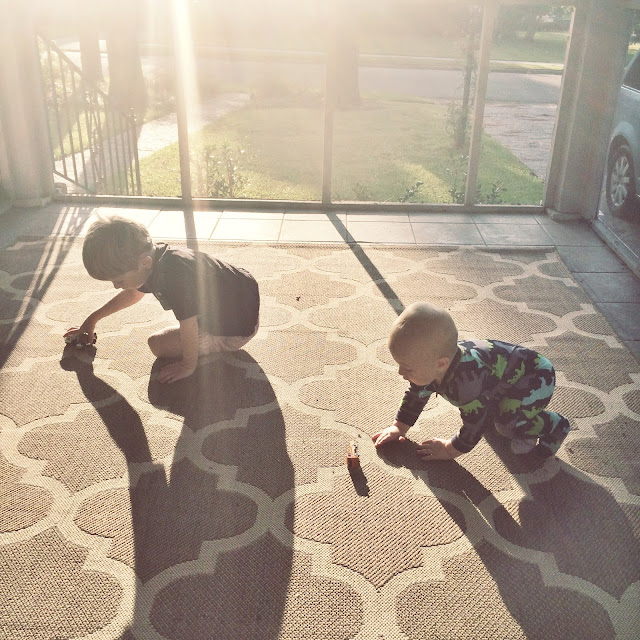 He also has friends that he adores. Is there anything sweeter than little friendships? They make my heart about burst. Owen is still a best and I'm kicking myself for not videoing them seeing each other for the first time when we returned home this summer. Both on either end of a hall in the church... running, yelling each others' names and colliding in a hug. 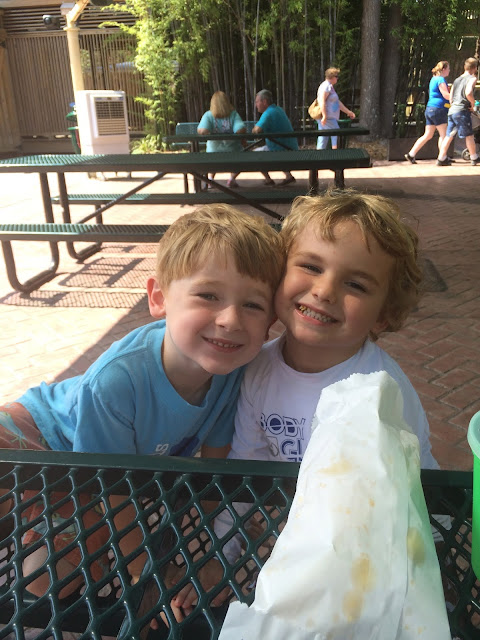 He shared a birthday party with another sweet friend, Benji, this year and I couldn't believe how cool about that he was. Race car cakes and tumbling at a gymnastics arena... two boys taught the Cha Cha slide and we all about died watching them. It was great. 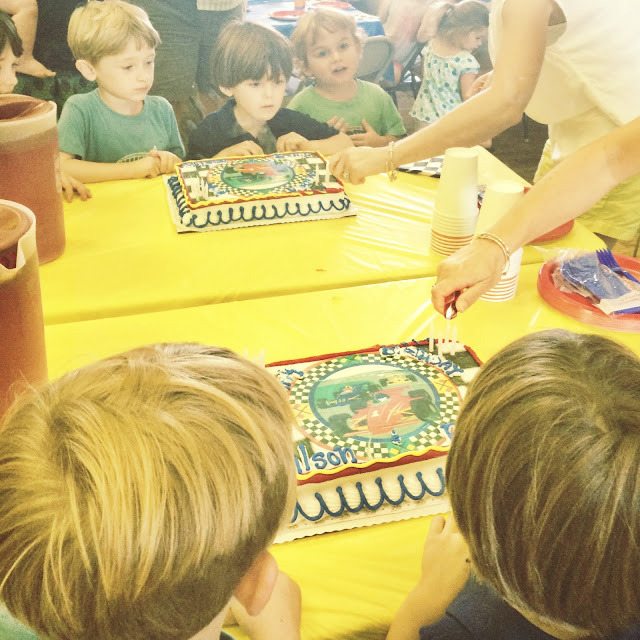 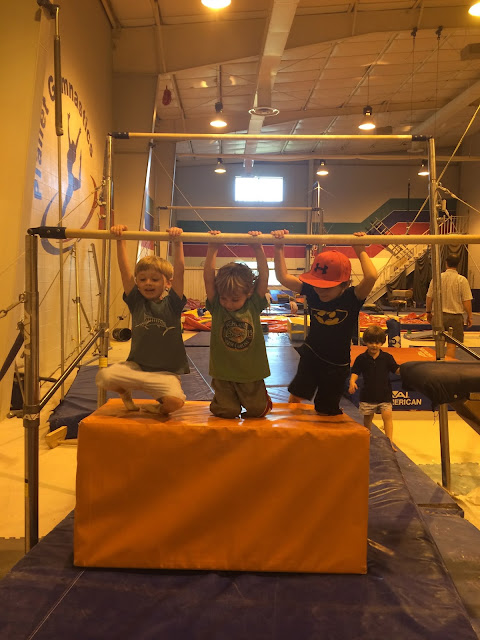 He processes everything verbally. A few days ago, while driving, we passed a car with a dent in the side and he took at least 15 minutes to talk through every possible scenario of how that dent came to be. There are sometimes when this can drive us a little bit batty (see example above), but his need to talk has been a blessing in our struggles through anger. I don't know how to explain the heartache that comes with phrases like, "I don't want to do this bad thing, but my body realllly wants to do this bad thing." This is usually said in tears. And with a red face. Sometimes while flailing on the floor. And his fists usually end up colliding with someone in the house. To hear him verbalize that he really doesn't want to hit me... but this anger wave is crashing over him and he's losing control... it's enough to bring you onto your knees. We have had a lot of progress in this area over the past couple of weeks, and his ability to communicate has played a major role in that. And we are thankful. 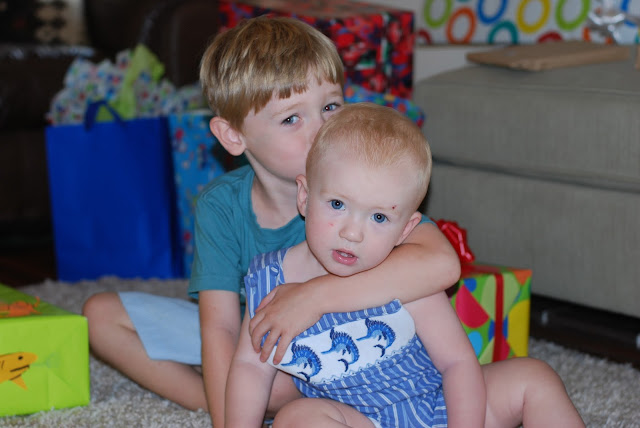 His favorite toy is still legos and nothing can make him lose his mind like threatening to take (or actually taking) them away as a punishment. He can build and build by himself, but he loves building with Daddy the most. He woke up a few days after his birthday telling us that he had planned out how to build an entire lego city in his room. Complete with clouds hanging from the ceiling. Today he drew up some blueprints and asked if we could make it into a book for his reference. This kid. 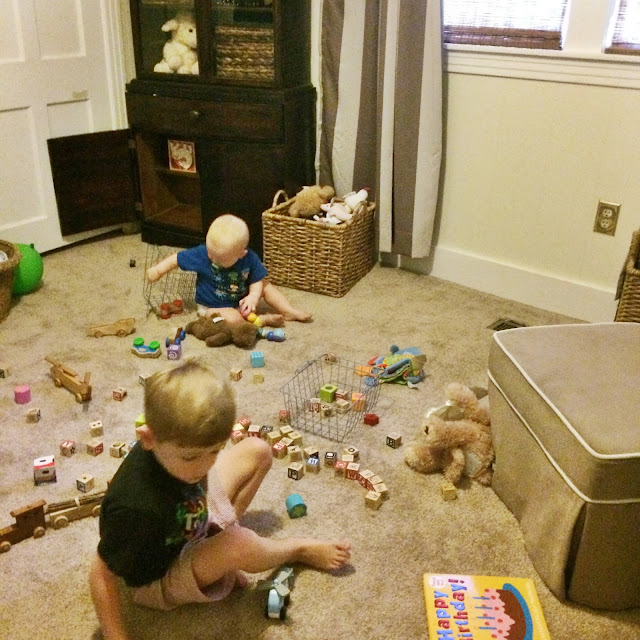 He is still 100% extrovert and having people over to our house is his best day ever. (Sometimes he tells me "This is the best day ever" and he doesn't even know how much that makes me feel like it's my best day ever, too.) 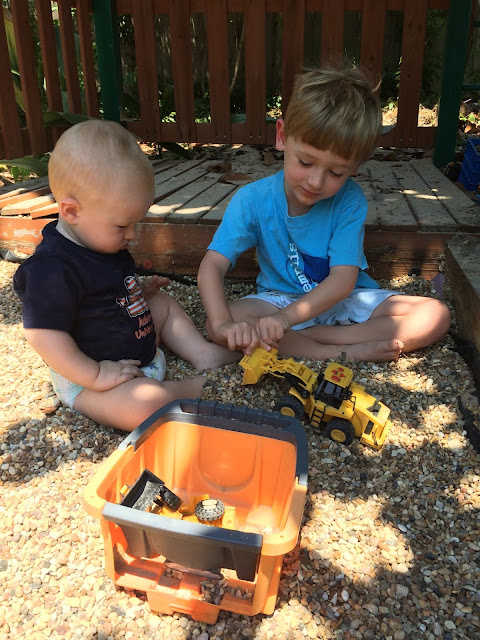 Sometimes I try to sit back and observe him with his friends to figure out what exactly is going to be his role in a group setting. He seems to be the story-teller, the teacher, the clown, but also mostly a follower.  Or maybe he's just five and I'm trying too hard to figure all of this out. 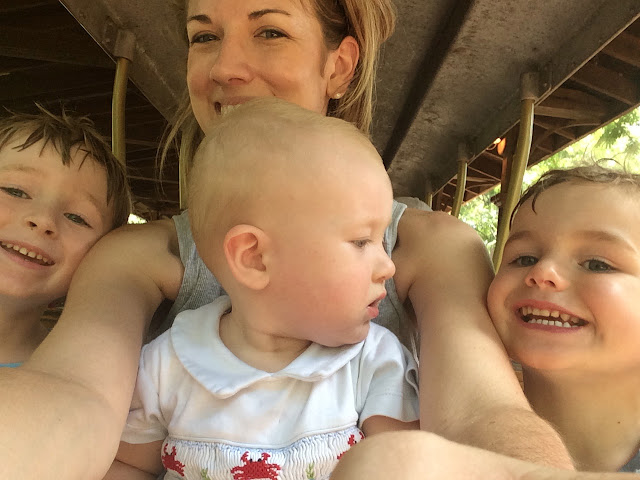 Thanks to Grandan and Daddy, he begs to watch The Three Stooges about a hundred times a day and his giggles over their slapstick humor are pretty contagious. He did tell me he wishes they weren't all "gray" because he wants to see them better. 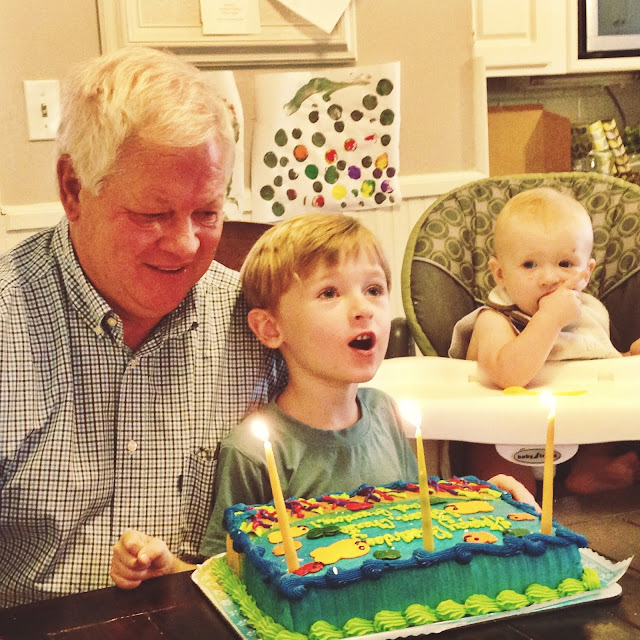 Wilson,
I could write books on everything I love about you. Oceans and oceans of books. You are incredibly smart, but what I love more than that is how much you enjoy sharing what you know with others. Your praise of something, as C.S. Lewis puts it, completes your joy. I am praying you will always be a seeker of truth and that your joy in knowledge would be made complete as you share truth with others. There are moments when I feel such an urgent and overwhelming responsibility when I think about how much I want to teach you. There are days when I feel like I have failed you so.much. in being lazy in not fighting for your heart. Days when I care more about your behavior than your feeling loved and known. My prayer is that you lay your head down at night in complete confidence and safety of parents who adore you. But even if I fail.... utterly and terribly fail at being your mother... you are still completely known and completely loved and completely pursued for rescue by Your Creator. Wilson, the Maker of all of the fish and the seas-- He spoke them into life. He can speak incredible things to life in your heart too, Little Man. Oceans of wonder. And I'll always be your biggest fan. 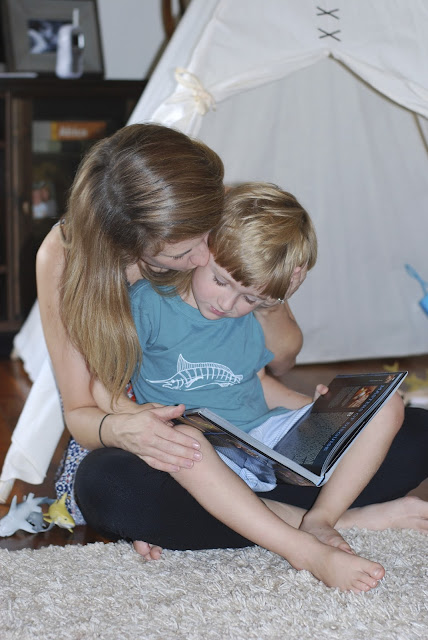