On Hearing the Music

Andrew and I sat down in our seats at the Tabernacle in downtown Atlanta. First, actually, mid-squatting, our heads were jarred back by a chuckle from two men who would sit behind us: "We were waiting to see who these unlucky folks would be." Because: the pole. 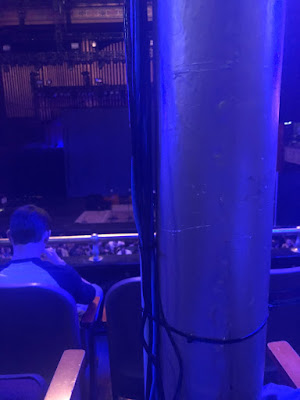 This turned out to be a "Who's laughing now?" scenario as our friends whose knees were folded into their chests began to side-eye our ability to stretch our legs into the nothingness on either side. And a little lean--Andrew to the right and I to the left-- would not be the rain on our parade.

But I chase rabbits.

Andrew immediately pulled up The Tabernacle on Wikipedia to give us some historical landscape and ground our feet a bit. (We like context.) A Baptist church built in 1910, sold to developers in 1994 who turned it into a House of Blues. We spy copper-coated organ pipes peeking out from behind the setup on stage and we sit in an ornate lower balcony with another balcony overhead. We've come to church. 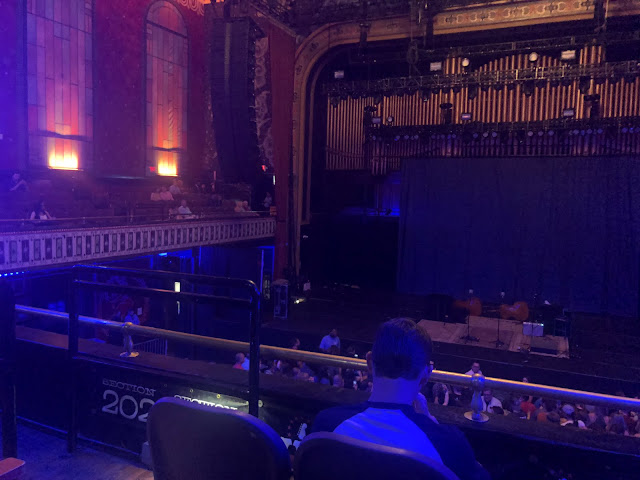 The band we've come to see... (but gosh, that doesn't say it right). The artist we have come to enjoy... (but even still, the words don't hold). Because, it's the beauty we came for and any synonym of concert feels too small. The Punch Brothers were making music this night.

I've followed Chris Thile for more than twenty years of his career, and, as the cliché goes, he could sing his way through the phonebook and I would pay my entrance fee. What I have always loved about his performance is the way Music becomes a separate entity in the room which we all behold, himself included.

Chris T., Gabe, Noam, Chris E. and Paul all gave offerings with their respective instruments. The unlikely hero of the mandolin, smallest of all, led foot with melody and picked on all the heart-strings of this native Kentuckian. Guitar and fiddle (or violin depending on your vernacular flavor) colored the in-betweens and the bass held us from the bottom and rounded it all out. All the sounds tangled together in ways that gripped one's heart, left me chin-in-hands and elbows-on-knees. The prayerful posture for the ears, like I couldn't get them close enough to the magic.

The whole room was getting lost in the beauty and the magic and the fun, and the artists were, too. We watched all of them in different displays of wonder throughout the night. A smile overtaking Chris's face so heavily that it weighted his whole head downwards, chin to neck. Noam closing his eyes for a moment to listen, listen.

And of all things, it made me think about liturgy.

The cultural lean of the church worship service these days is to seem like a concert, feel like a mall, look like a coffee shop so that the unchurched would be led in by breadcrumbs--this feels normal, this also feels normal, still feeling normal--and then offer the gospel when everyone feels good and comfortable. (Or, in some cases, not presenting the gospel at all-- but that's a whole different animal.)

The beauty of that night with the Punch Brothers was that we were all enchanted with something bigger than us: the picking of the strings that became music, that became art, that became a tangible way we could hold onto the glory of God. It wasn't normal life; We didn't want it to be normal life. It was tricky outside. It was good in there.

What if our worship services didn't remind us of the world we were stepping out of? What if we didn't apologize for the mystery of the gospel? When we sit at the table of the Lord's supper, when we  gaze on baptismal waters and remember our own, when we hear neighboring voices singing and pleading their own hearts to heaven, when we confess our sin and allow words of forgiveness to wash over us, when we hear the truth of God's Word which stands as a rock in the midst of our sinking sand... It's uncomfortably abnormal, but it's enchanting. 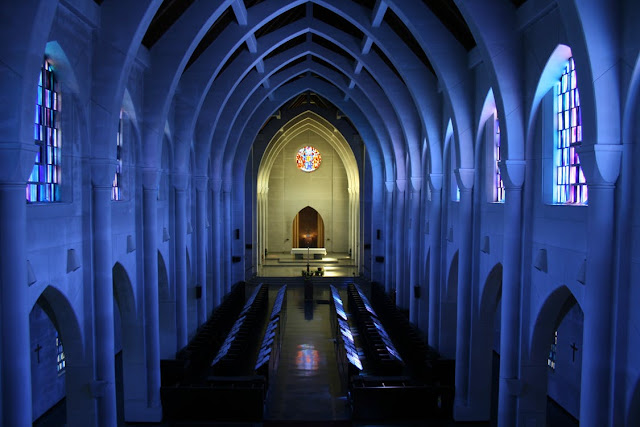 In worship, we are able to align our hearts with the bigger story of God's kingdom and not confuse it with our own cultural or personal agendas. We come in saying: It's tricky out there. We sit saying: It's better in here. We leave saying: Now my heart has been tuned to take the music out with me... to sing the gospel to my own heart and to sow the seeds of its goodness for my neighbor's sake. 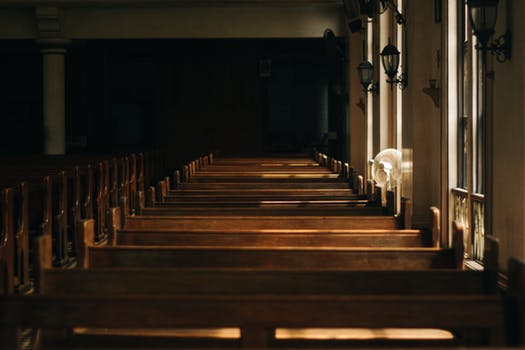 It's tricky out there. It's better in here.


** A PS to say that much of my thought in this area has recently been shaped by two incredible books: You are What You Love and its more scholarly counterpart, Imagining the Kingdom, both by James K.A. Smith. I heartily recommend You are What You Love unless you want a real challenge in Imagining the Kingdom. (I think I understood about 30% of that book but that 30% was worth the read!)

Great article, Elizabeth. Beautiful and true sentiment and something to pray for and aspire to in our churches.