Little Man got his first professional haircut yesterday! A couple of weeks ago I snipped off his duck tail because it was driving me crazy... but I realized that I was not qualified to do the top. I'll wait until he's in middle school and put a bowl over his head. I really hope that's the style when he's 13! 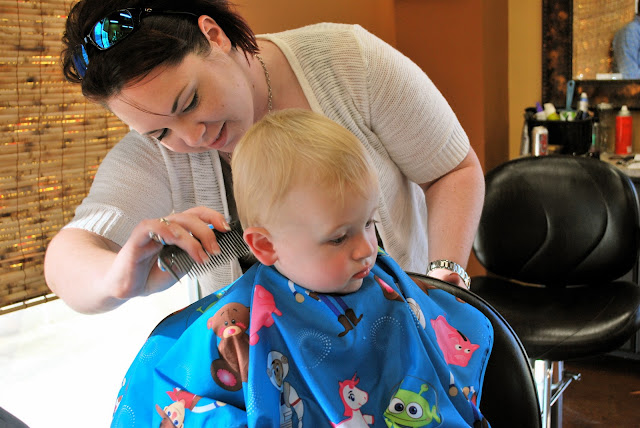 I could NOT believe how still he sat. He just watched in the mirror like he had done this a million times before. A couple of times after a snip he would turn his head around and look at the stylist like "What are you doin' back there, woman?" 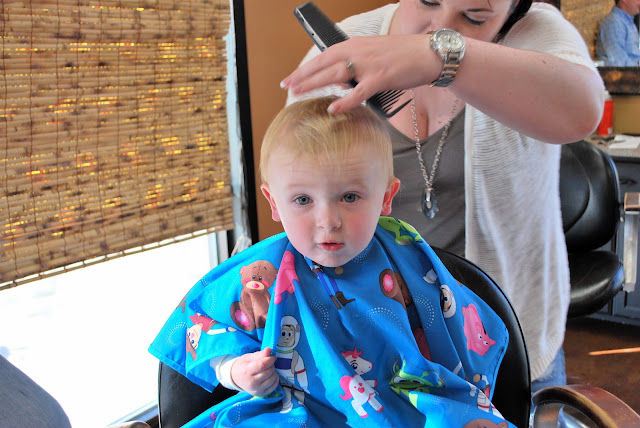 He was pretty serious for most of the time... but every now and then he would point at the animals on the smock and say "bear!" or "this?" 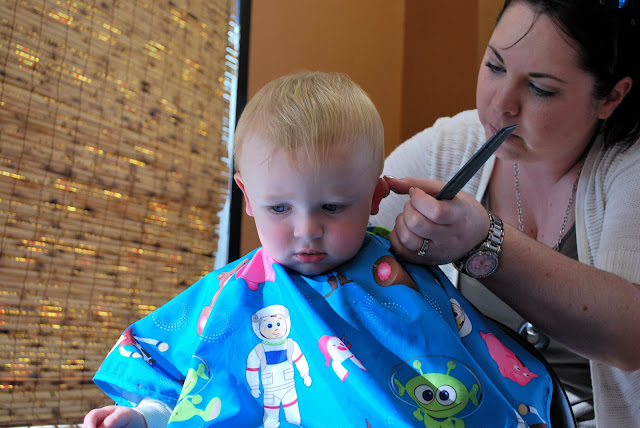 When she was all done, the stylist let him touch the razor for a bit which he was very interested in. He kept laughing when he touched it. Maybe he will learn how to do hair and we can save some moolah because I am too nervous to try his or Andrew's. 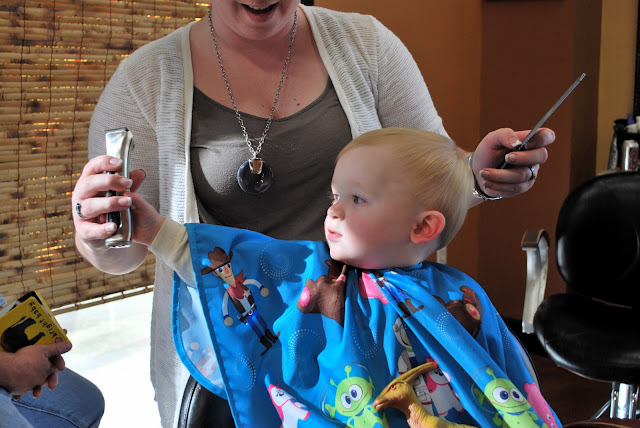 Of course I really didn't get an "after" pic... but this last pic was when she was pretty much done! I was expecting him to look really different (I'm not sure why), but he doesn't.... just looks a little more cleaned up! Love that sweet grown up boy!!
at 6:45 AM

Elizabeth, I can't believe how much he's growing up! (and how much difference just a few months makes). What a cutie! I still have high hopes that he and Maddox will be good buds :)