I always think I'm going to do some in-between months posts, but another month has gone by (slipped through my hands!) without making it to that. I'm hoping to write a ministry update this month sometime.

Until then... I'll catch up all my faithful readers on the life of Little Man. 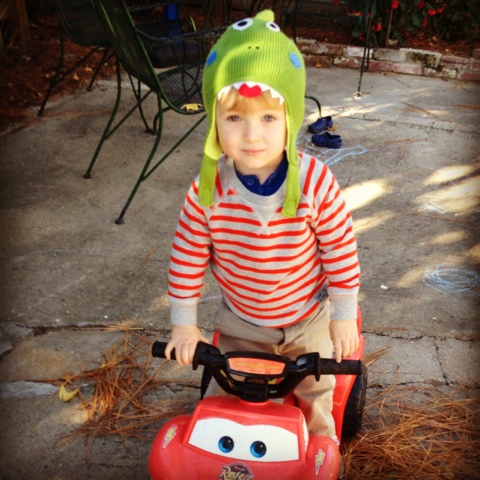 Oh, he is not so little anymore, is he? It breaks my heart and makes me so proud at the same time. I guess motherhood is full of similar paradoxes.

This month marked a big milestone for he and I... I've started to let him play outside by himself. Our kitchen window allows me to do some dishes and watch him play with "Dee-durd" (our dog, Samford) and his car on our fenced in carport. He really only lasts about 15 minutes before he runs in and says, "Mommy, you play cars too?", but I can get a lot done in those precious 15 minutes! 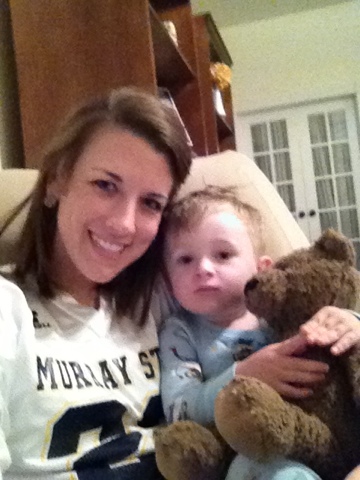 He's still pretty attached to my side throughout the day. I really try to remind myself that his need for me won't last forever, but some days it's just exhausting. Thankfully, sometimes Baby Bear is allowed as a substitution.

Besides his Mommy and Baby Bear (and Daddy)... W's hair is another comfort item for him. He plays with his hair ALL the time. 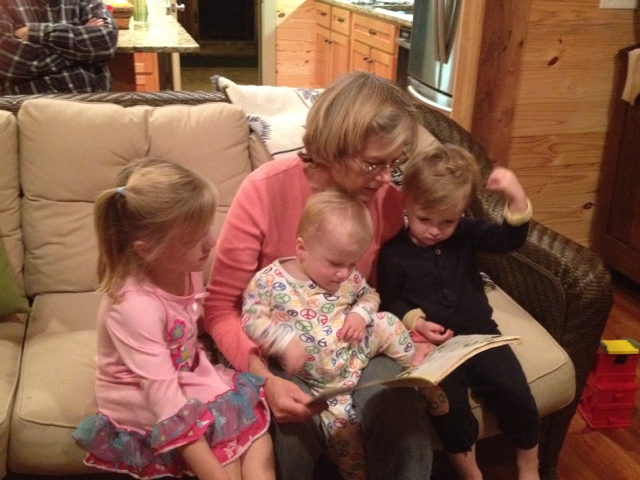 This past weekend we were with Andrew's side of the family for Thanksgiving and we realized his older cousin Brooks does the same thing. Guess it's a family trait? But his obsession with hair doesn't stop with him. He loves playing with (and smelling?) my hair. Anytime I'm holding him, his hands are raking through it. At night when I lay down with him to talk about our day, he always always asks me (while combing my hair with his hands), "Mommy, do you like your hair?" 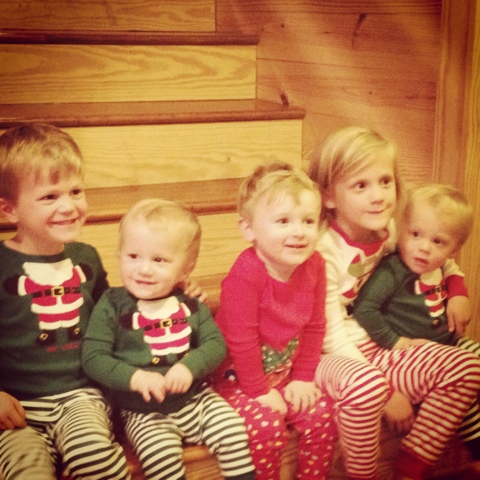 He's a strange one. But we love him. 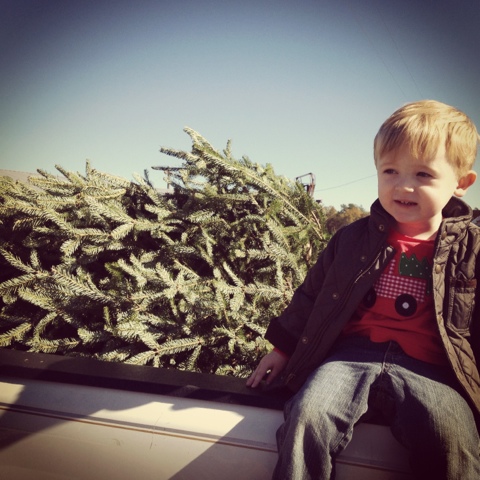 I know I say this a lot, but he really is talking ALL.THE.TIME. I love this stage because I am laughing all day long at the things he says. I make a list of them all in my head to tell Andrew when he gets home, and then of course I forget everything.

His new phrase this month is "K" or "okay." He says it mostly after I ask him to do something, but he likes to add it at the end of sentences too: "Mommy let's go to toy store. Okay!" I think he thinks it is a magic word that makes things happen. 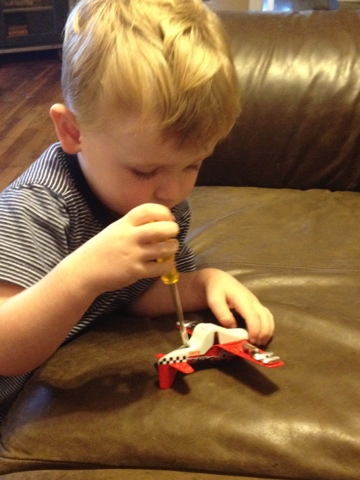 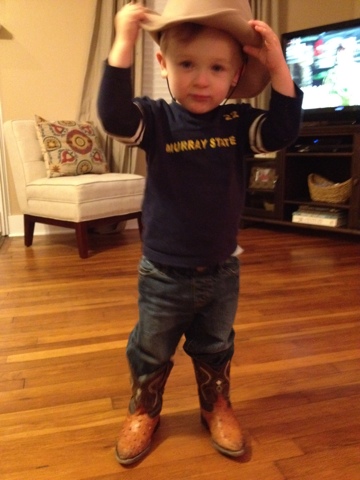 We dressed him up as a cowboy for Halloween this past month and for about a week afterwards he asked to wear his hat and boots every night. I just love a Little Man in boots. 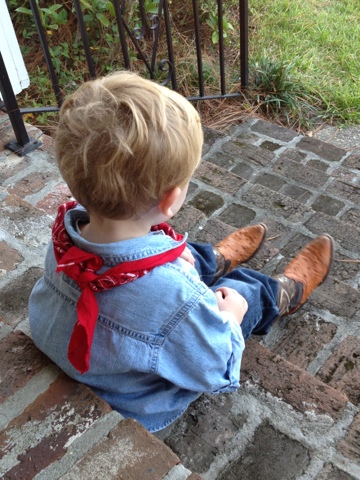 We rented the movie, Cars, from the library this month and he totally fell in love with the characters. He thinks Mater is so funny... in fact it might be the first character I've ever seen him laugh at on TV/movies. Yesterday he told Andrew and I, "Lightning McQueen (sounds more like Li-ning Queen) says 'Ka-chow!' " I'm not sure if he picked that up from the movie or from his cousin, but I'm continually amazed at how much his mind retains. 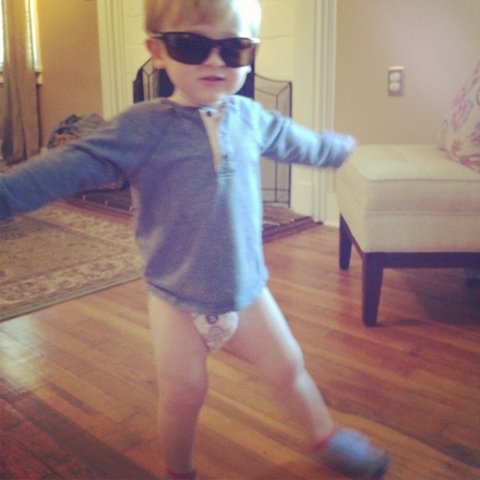 He has gotten a little more hesitant about being around new people, but he warms up pretty quickly. And then even more quickly, he becomes the center of attention. He is really a ham. He loves to say, "Hey, watch this!" and then thinks for a minute about what he's going to do. (Getting you to watch was first priority... the trick is second). The trick is usually something like putting a piece of clothing on his head and making a funny face. 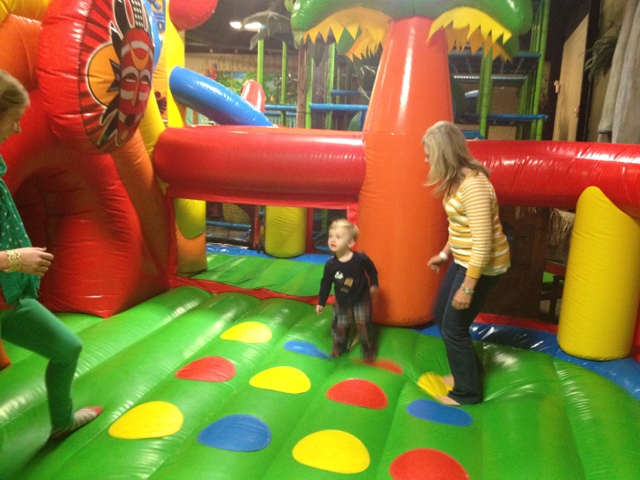 We are really, really thankful for him. Even though his temper tantrums can bring us to the end of our emotions some days... we are thankful that he keeps us from only loving ourselves. One of the sweetest lessons I've learned from this Little Man is that life is not about me. And life is much sweeter and abundant when I'm not living it for myself. 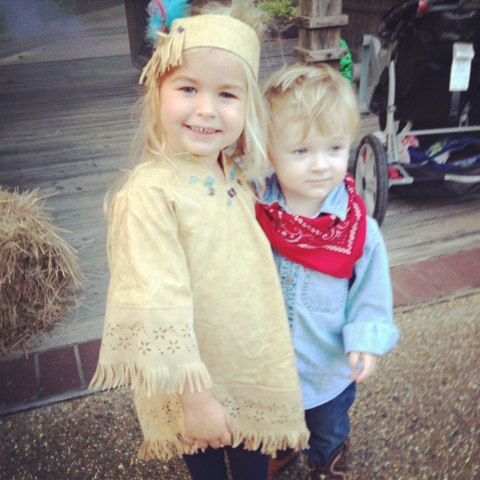 hey, I'm gonna take the credit for teaching my nephew that mcqueen says "ka-chow". I did only tell him that like one or two times though....he's just a genius :)

I'm thinking I need to take those last 2 sentences and write them ALL OVER our windows in this apartment. So good.