This Little Man is a seasoned traveler and I'm sure he we always have a place in his heart for the west. He has lived out west for a total of almost four months of his life (five if you count pre-natal). And I couldn't love a boy in boots more. 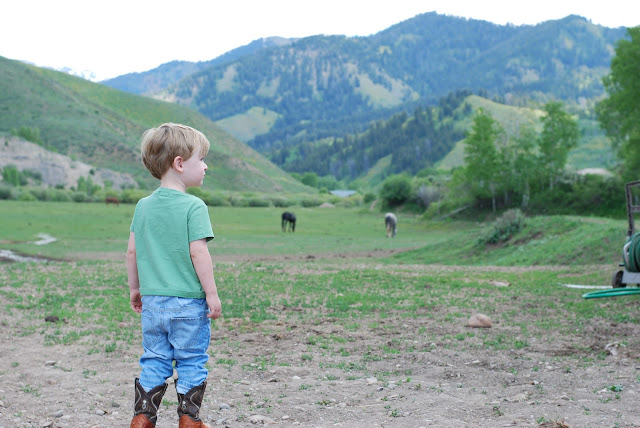 Let me just get real with everyone. This has been the hardest two months with him I've ever had. Wilson, if you really do read these later in life (or if your wife makes you read them some day), I couldn't adore you any more and I will never love you any less... but life is hard for us right now. I think we are in an ugly combination of the (seriously) terrible twos and being in a new place with a non-consistent schedule. Not to mention sugar. There is just way too much sugar floating around summer projects. I make a vow every morning to not let this guy near sugar and some how it ALWAYS happens. It's almost always my fault, too. 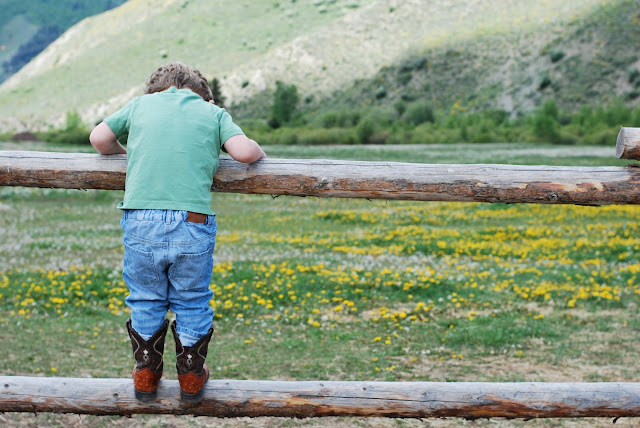 He is still cute and smart and can be sweet, but man does he have STRONG opinions and they are always opposite of my opinion (after he waits to see what my opinion is). We went out for Father's Day lunch and he spilled his Sprite (see... sugar! I did it as a bribe, too...double whammy), told (screamed at) the waitress to take back his food, demanded to have my plate instead, screamed at me for putting ketchup on my plate, tried to make my ketchup disappear with his hands, high-pitched screamed at the sight of ketchup on his hands, made every one turn around to their horror to see a toddler screaming at his (bloody?) hand, demanded to have my burger, no... not a bite... he wanted to HOLD the burger, I said no, he swiped the burger, I said "Swiper, no swiping!", he did not laugh at my joke, MELT.DOWN., he said he had to go potty, in the bathroom he peed on his shorts and my shoes... on purpose (Yes, Gigi, it WAS on purpose).

And y'all... that's an hour in the life. Mothers of two year olds... you.are.not.alone. 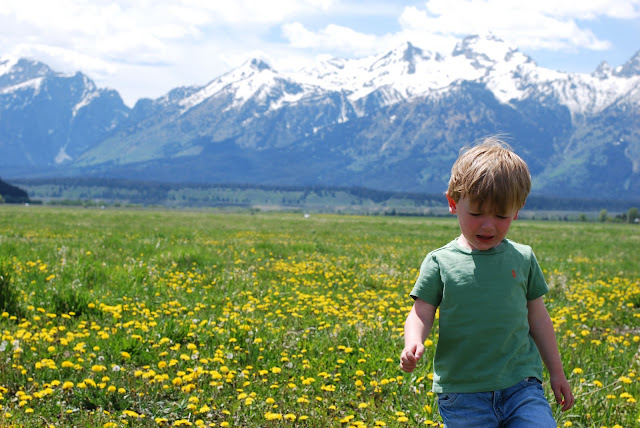 Okay, now that I've been real, I want to talk about how precious my Little Man is aside from just being two and figuring out these things called emotions.

He is still Mr. Sociable and so I'm sure you can imagine how he feels about being around 28 college students. IN HEAVEN. 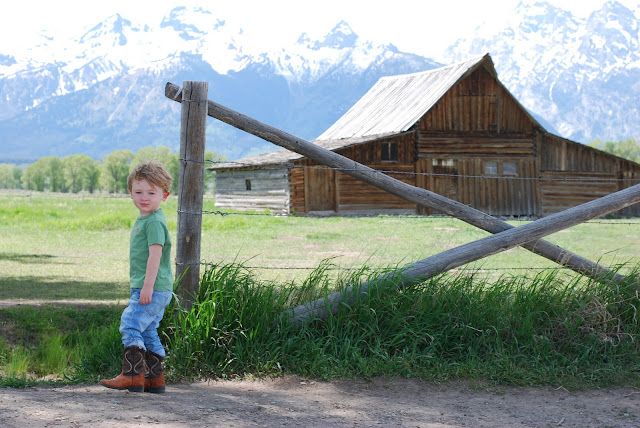 If he doesn't know your name, you are called "friend" and isn't that sweet? "Hey friend, did you see that airplane?" His two favorites here are a girl from home named Mckenzie that he calls "Kenzie" and a girl named Liz that he calls "Wiz." I kind of love that all his L's are W's. 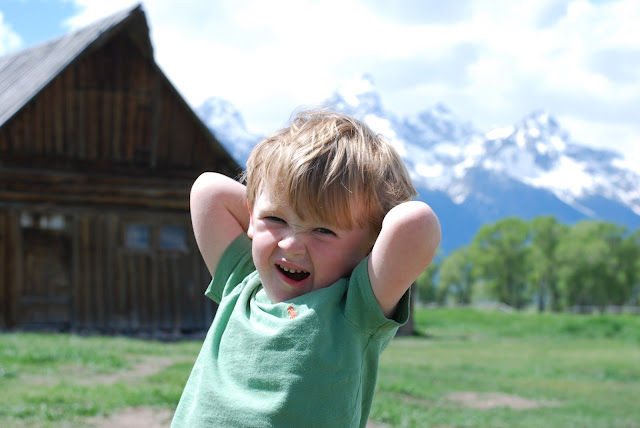 He still loves trains, cars, airplanes, and animals... but a new favorite thing is bugs. I mean is he the stereotypical boy or what? I didn't even have to introduce them to him. One day he just started noticing ants and now we can hardly go anywhere without him squatting and squinting at some six legged creature on the ground. We found a bug dictionary at a consignment shop here and we will find him on his bed studying like he is about to take an entomology exam. 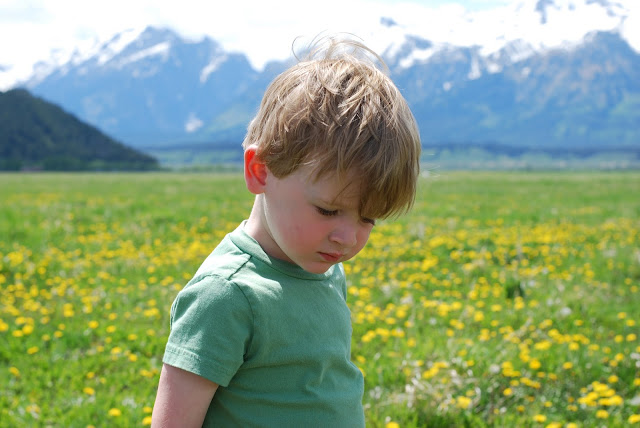 One of my favorite things about him is that he can't stand to not be in a conversation. If he is around a bunch of grown-ups that are not talking to him he will all of the sudden start spitting out phrases like "Yeah... I don't know... if we do it... I'm not sure I think... so..." all the while scrunching up his nose and crossing his arms and it is absolutely hysterical. 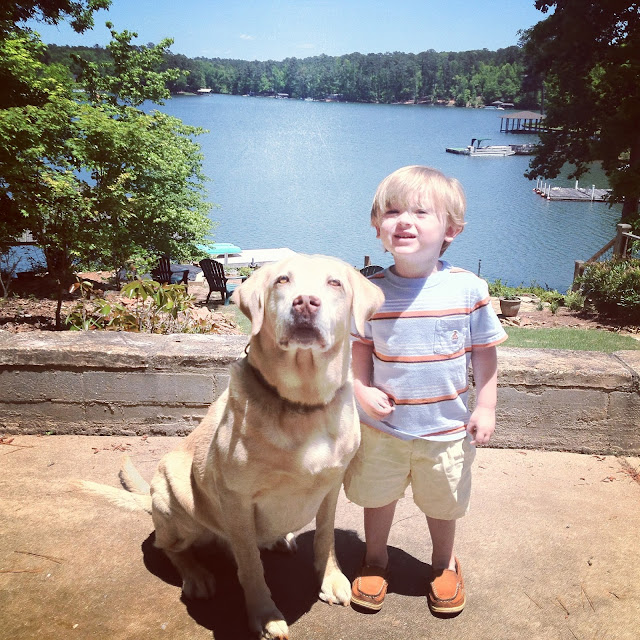 He loves being with his Daddy and during the times that Andrew has him and I am working, their favorite thing to do is go on moose hunts. We have seen so many moose here, a beaver, lots of deer, and Wyoming ground squirrels (his favorite... they are kind of like prairie dogs). 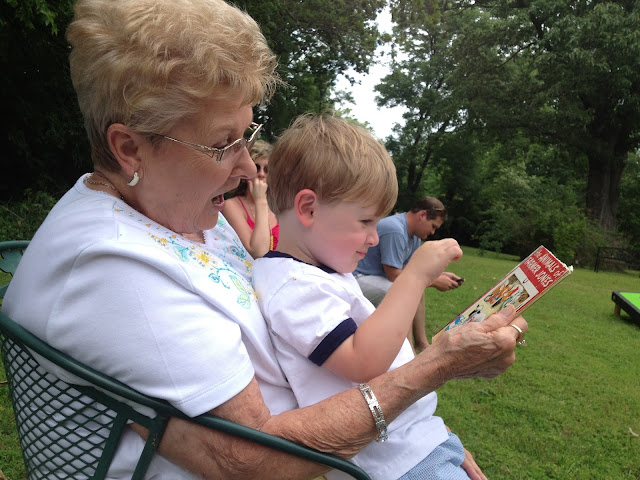 Although stubborn, he is tender hearted and when I was down with the stomach bug he kept asking me in the sweetest voice, "Mommy do you feel better?" 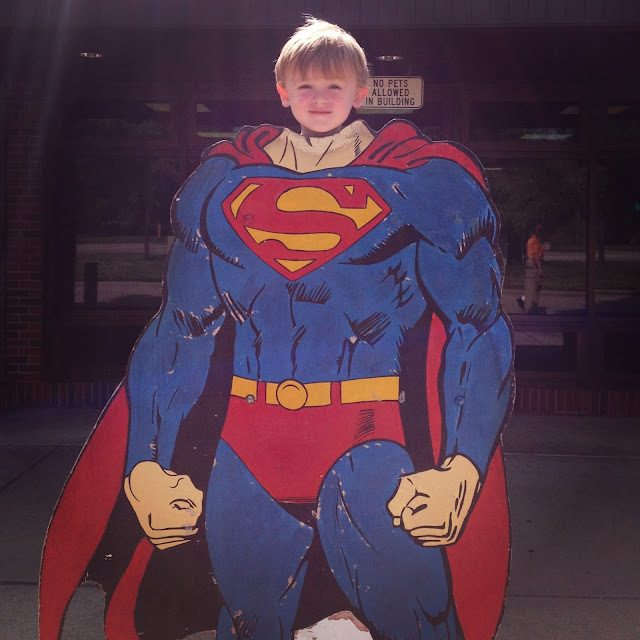 His sleeping is terrible right now, but I said I was only going to talk about how precious he is... so let's just say we are all TIRED. 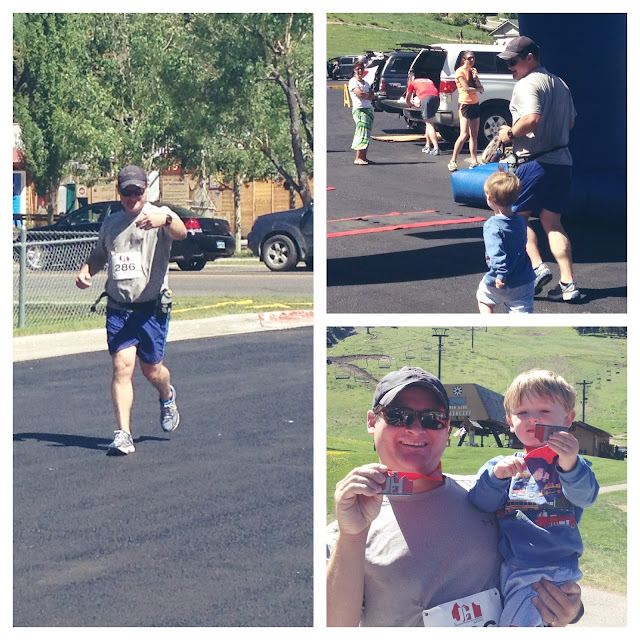 I really hope he remembers this time in Wyoming, because we are making some really sweet memories. He has gotten to see Yellowstone (He saw some steam coming out of a building this morning and said "Mommy, I think I see Ol-Fafe-ful!"), he ran the very end of a half marathon with his daddy, he's been on a hike, rode a tram to the top of a mountain, been to a horse farm, saw a rodeo (He said his favorite were the bulls... and that they told the cowboys "Get off of me!") and has just lived life with a bunch of college students.

When I get sad about him not having a little brother or sister yet, I just think about how much precious one on one time I'm getting with this sweet little boy and then it makes me never want to give him up as an only child. Although we are mostly at odds right now, my bond with him is sweet and strong. A love that many waters can not quench. Not even the waters of the terrible twos. I love you, Little Man. 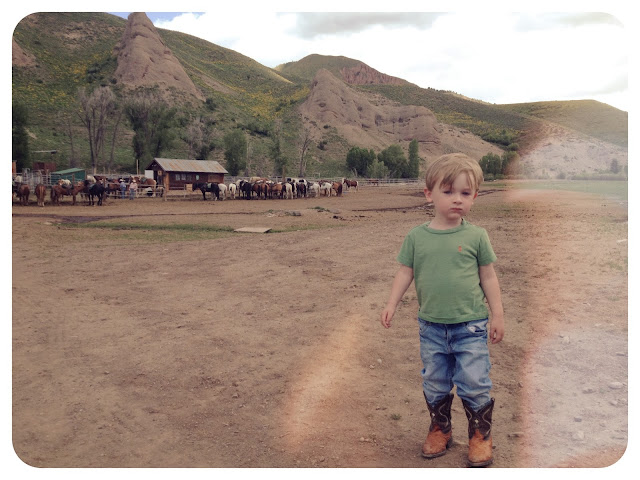 "Many waters cannot quench love; rivers cannot sweep it away."
Song of Solomon 8:7a

ha! bloody (?) hands. i can only imagine what toddlerism must be like for a momma. i can say that from my experience with friend's toddlers, YOU are not alone.