On Christmas Day we loaded our car with packages and made the eight hour trip to Kentucky. Our first stop was in Hopkinsville at my grandparents' house. Allie got to the car first to get her hands on Wilson and he said, "You beat Gigi!"... because that never happens.

Mamu always has the best spread of Christmas appetizers and we filled our tummies and then opened some presents. Mamu and Grandaddy sure spoiled us all... I think Wilson got every monster truck out on the toy market right now. They also got him a new scooter which is still, I think, his favorite present from Christmas. 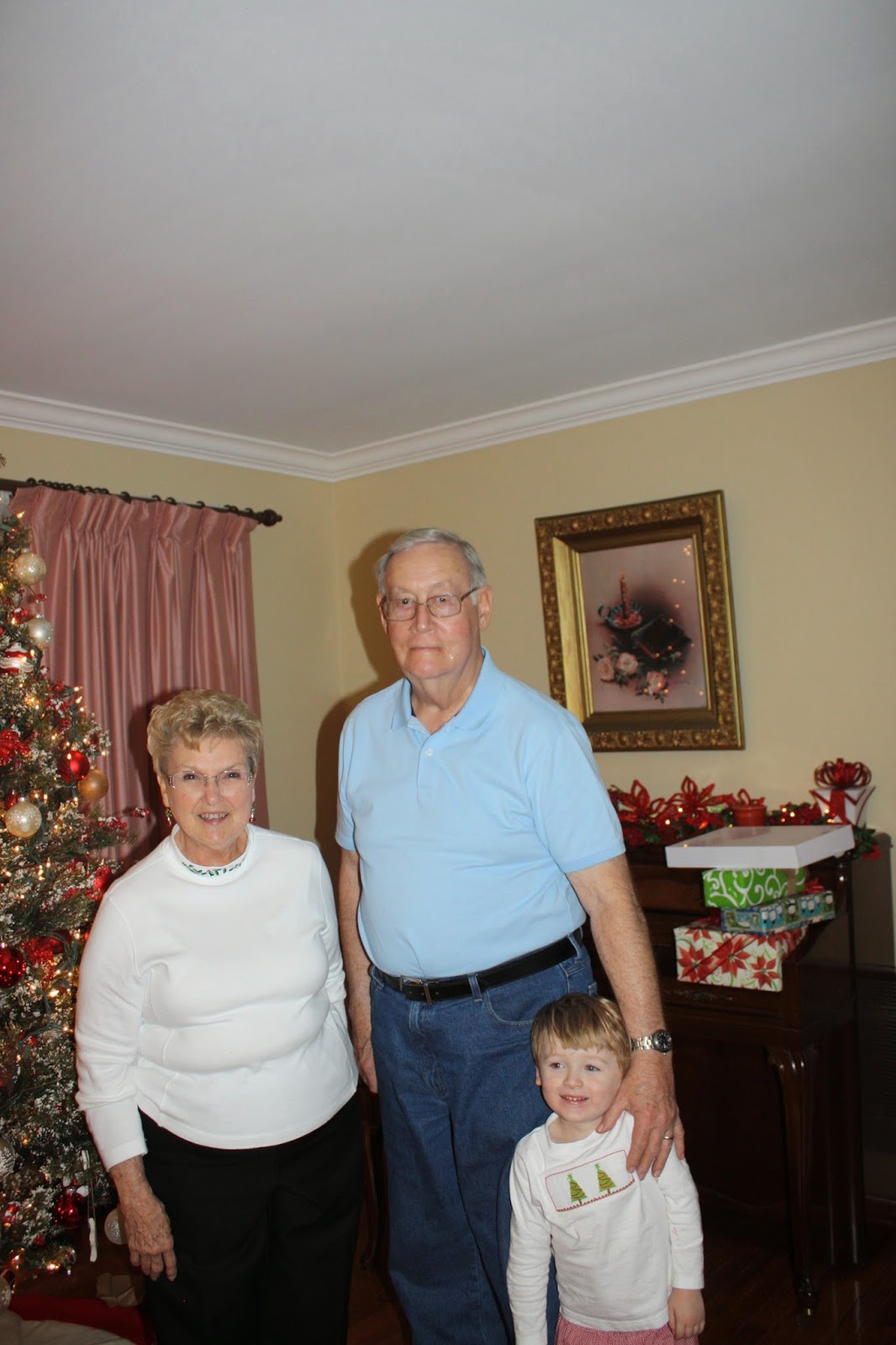 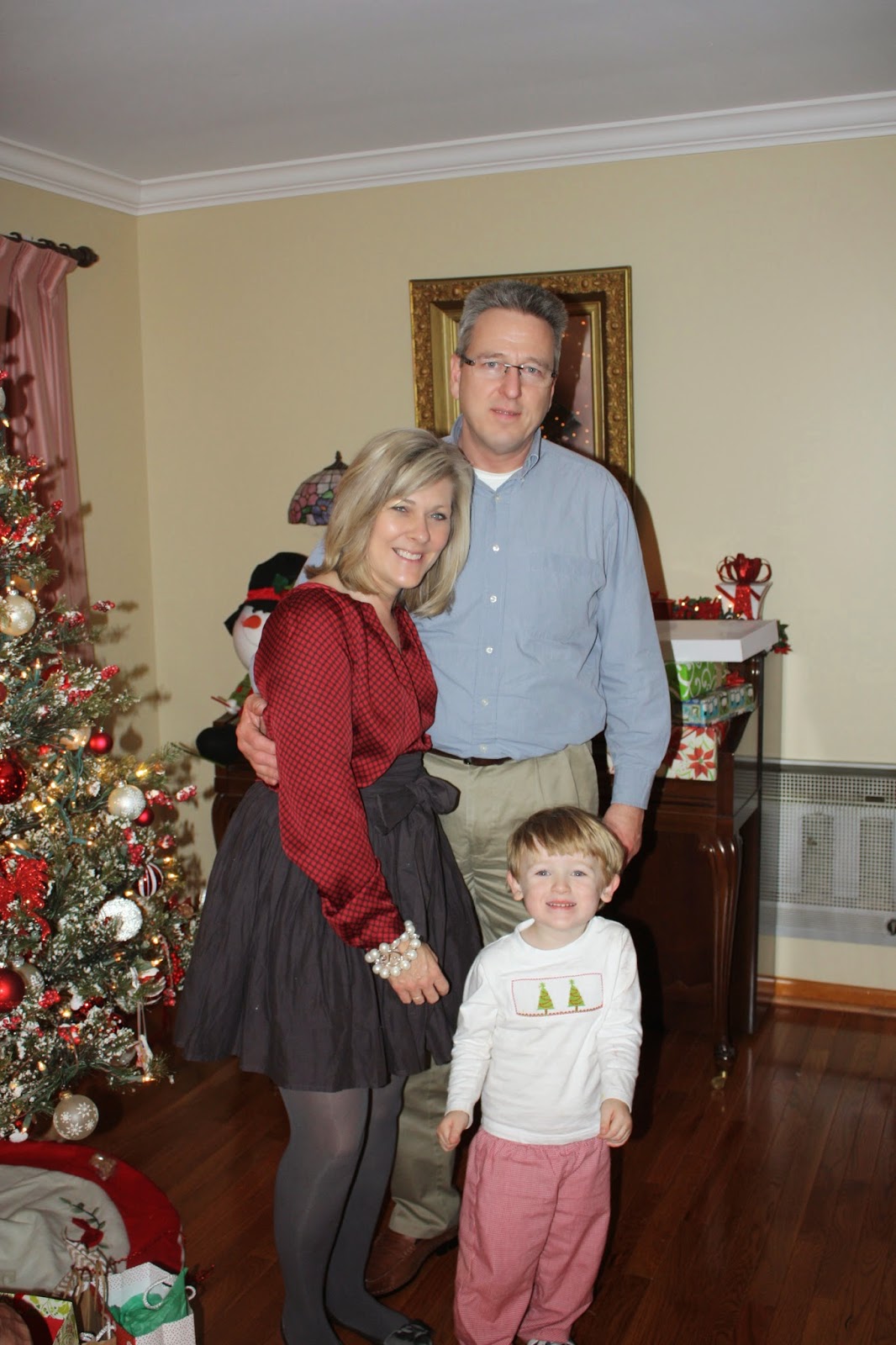 We drove an hour that night to my parents' house in Murray, Wilson fell asleep on the couch and we all got ready to celebrate again the next morning. 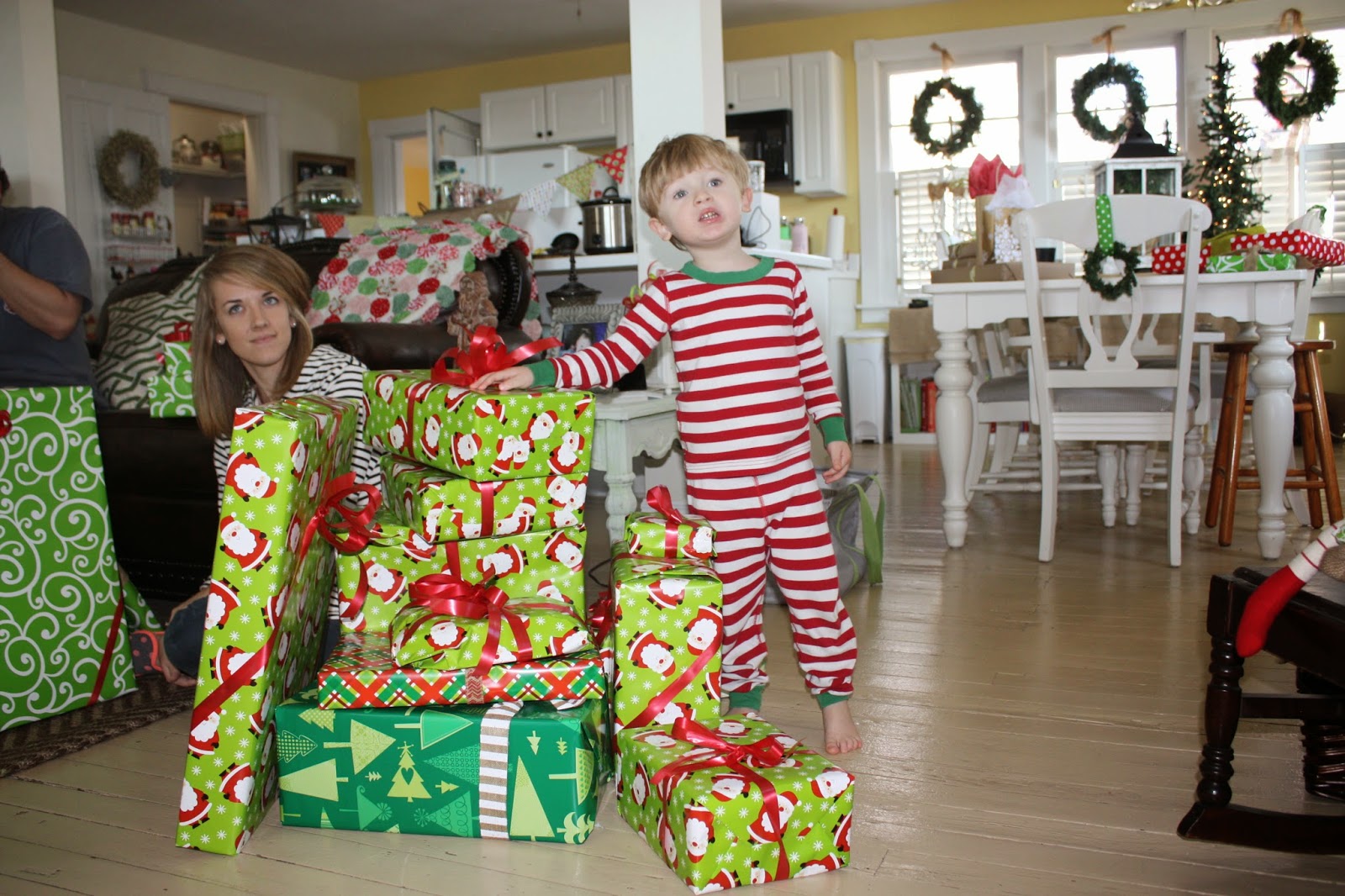 Do you think Bigs and Gigi love Wilson? He got a mountain of presents just to make sure he knew how much! 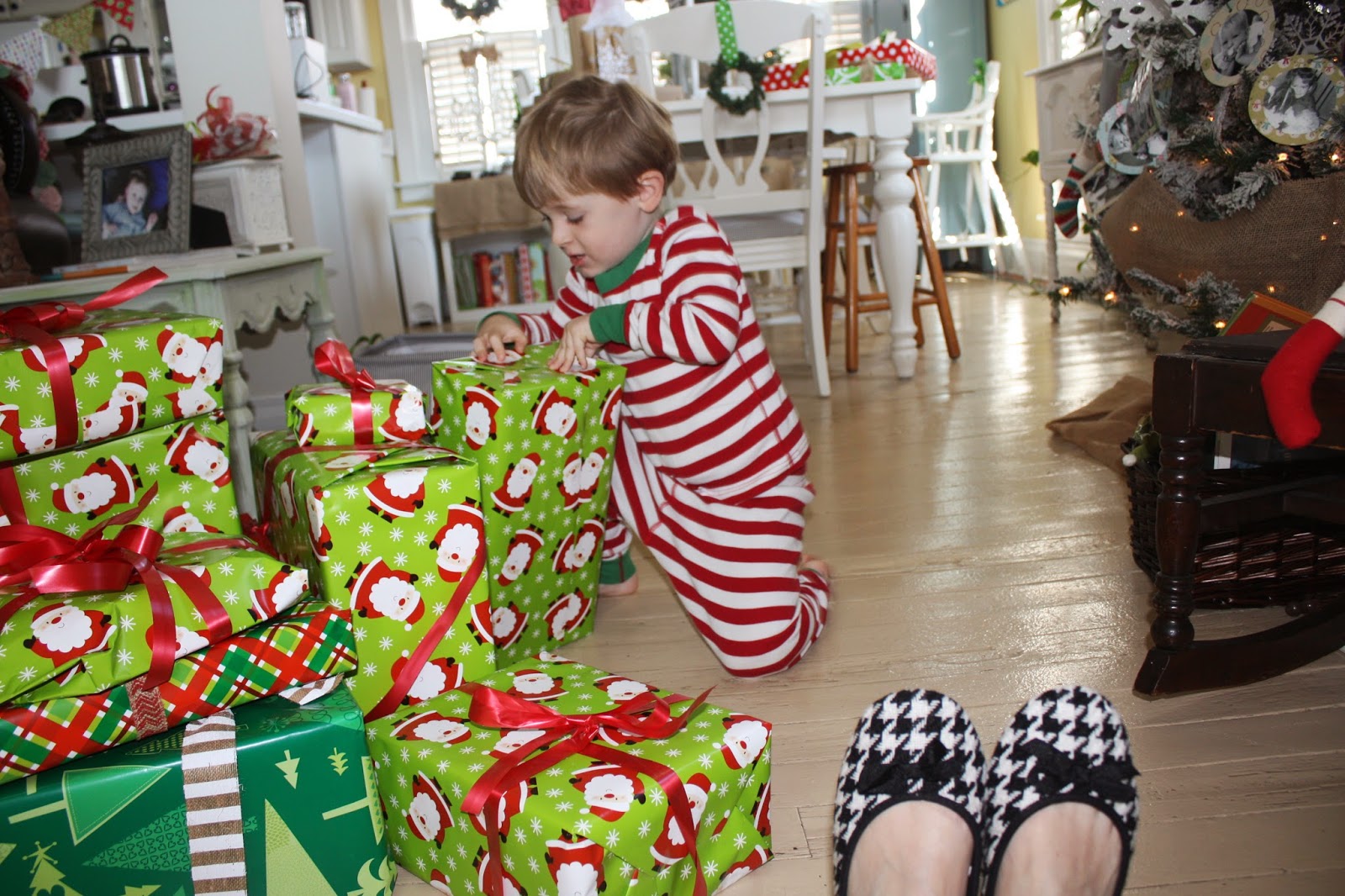 Mom puts on such a pretty Christmas with all her decorations and yummy food. We were so thankful to be there. 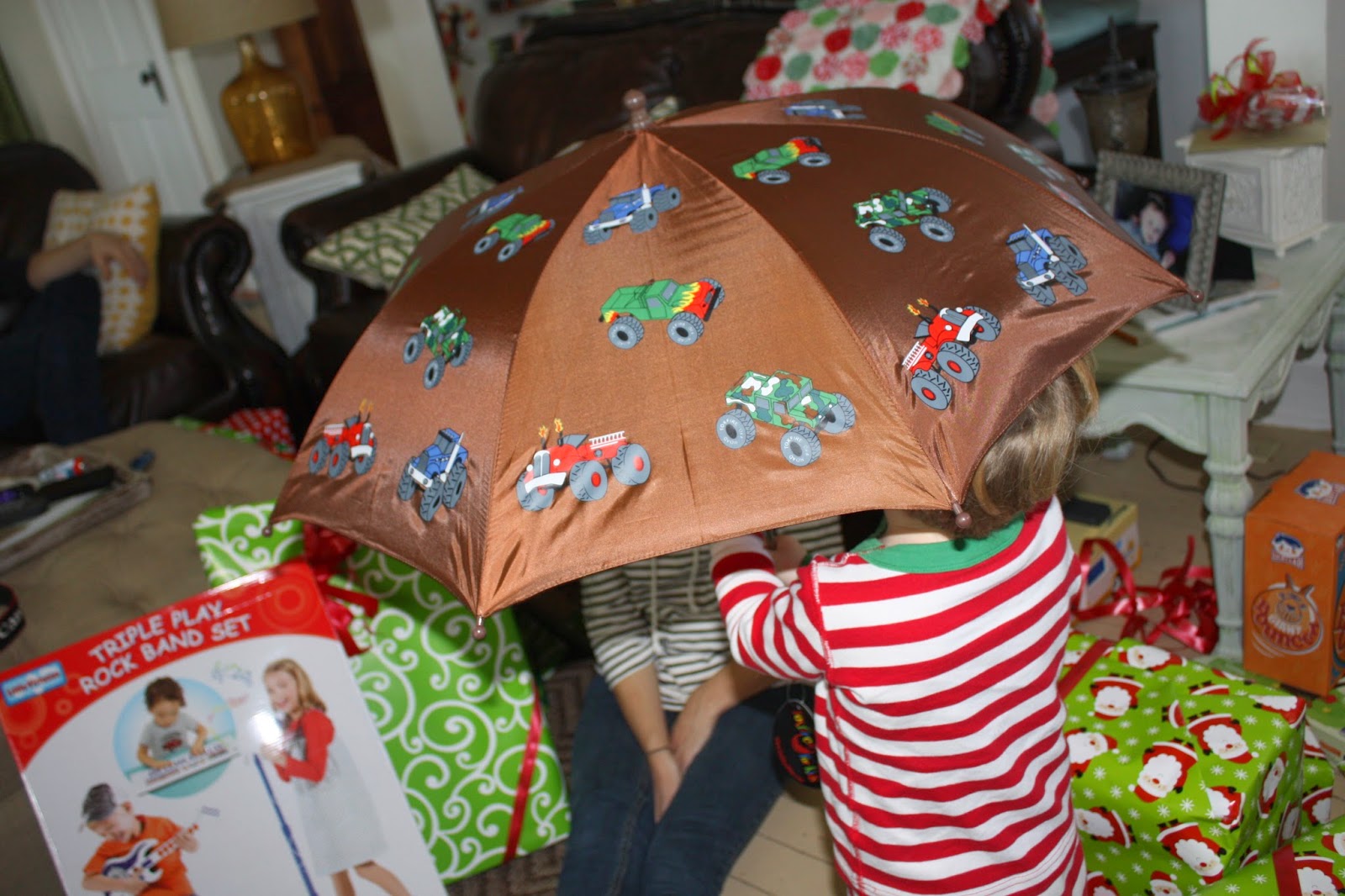 That day we spent some time outside learning how to tackle the scooter. W spent most of this day running it purposefully into the grass and jumping off like it was about to explode. 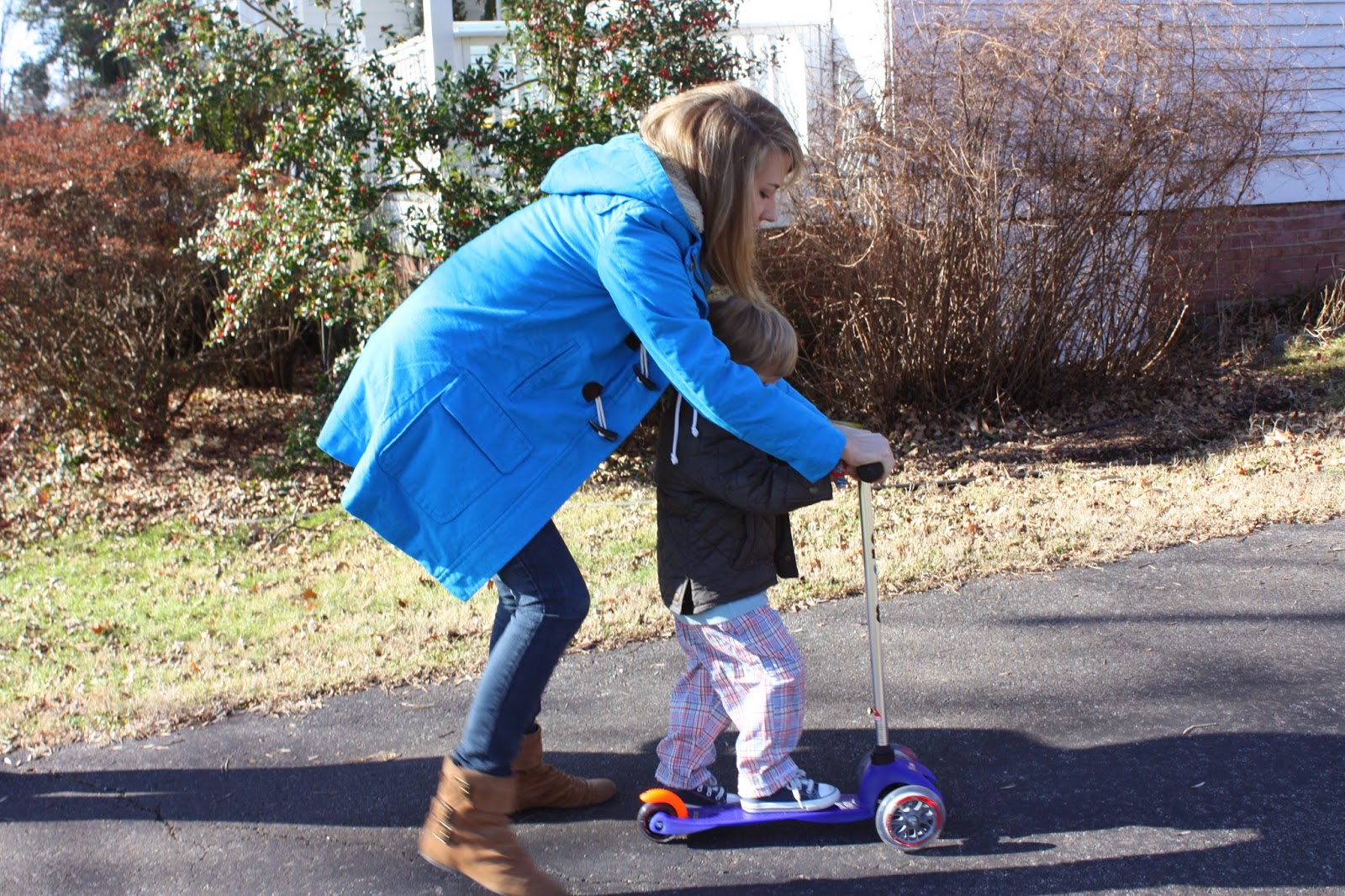 We have a timid little boy when it comes to sports... here's to hoping he'll find his courage soon! 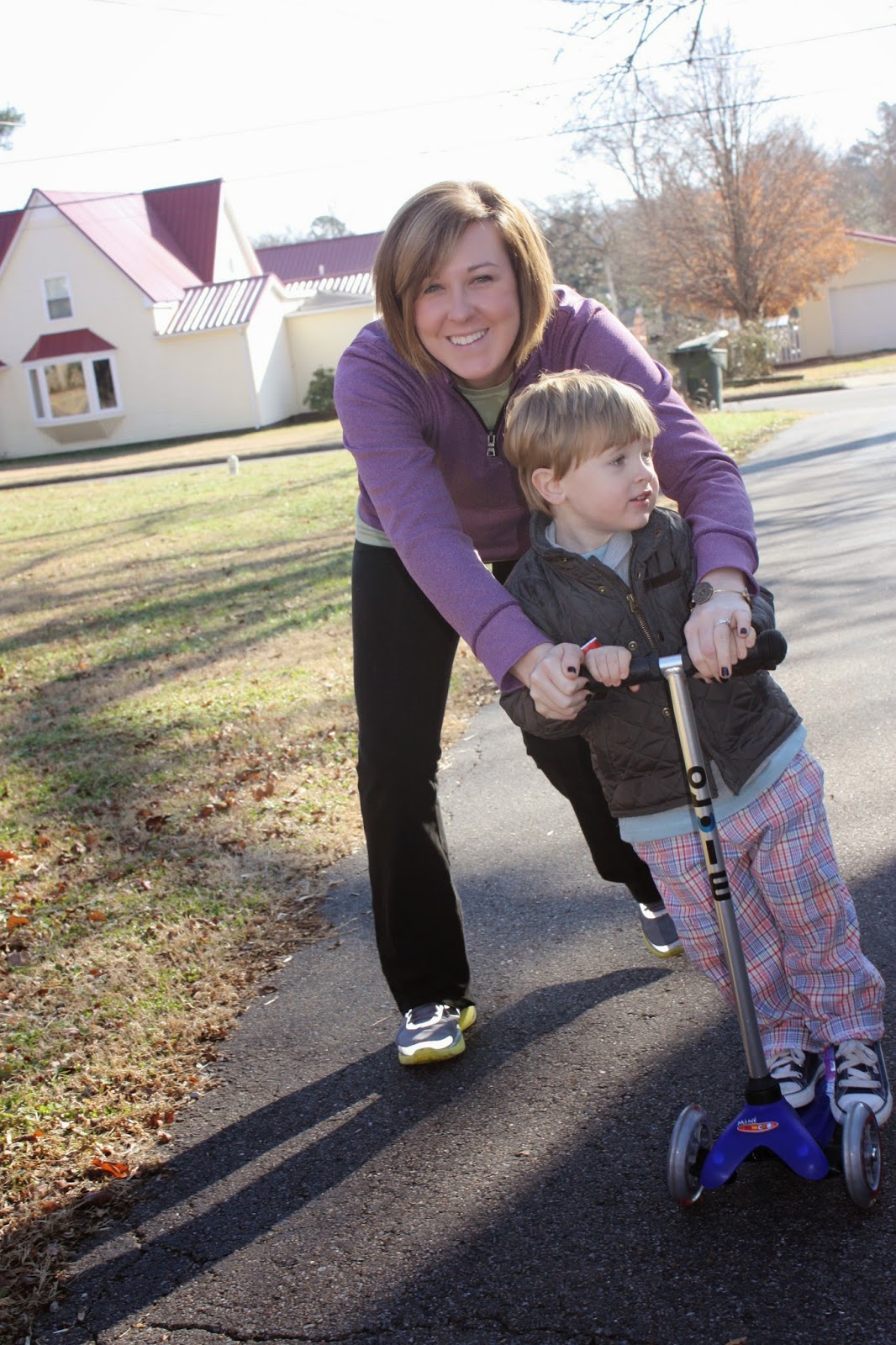 On the 26th, my other grandmother (also a Mamu) got to make a trip to come and see us. We always treasure our time with her and Wilson was so thankful for her gifts. (He plays with that mouse game at least twice a week, Mamu!) 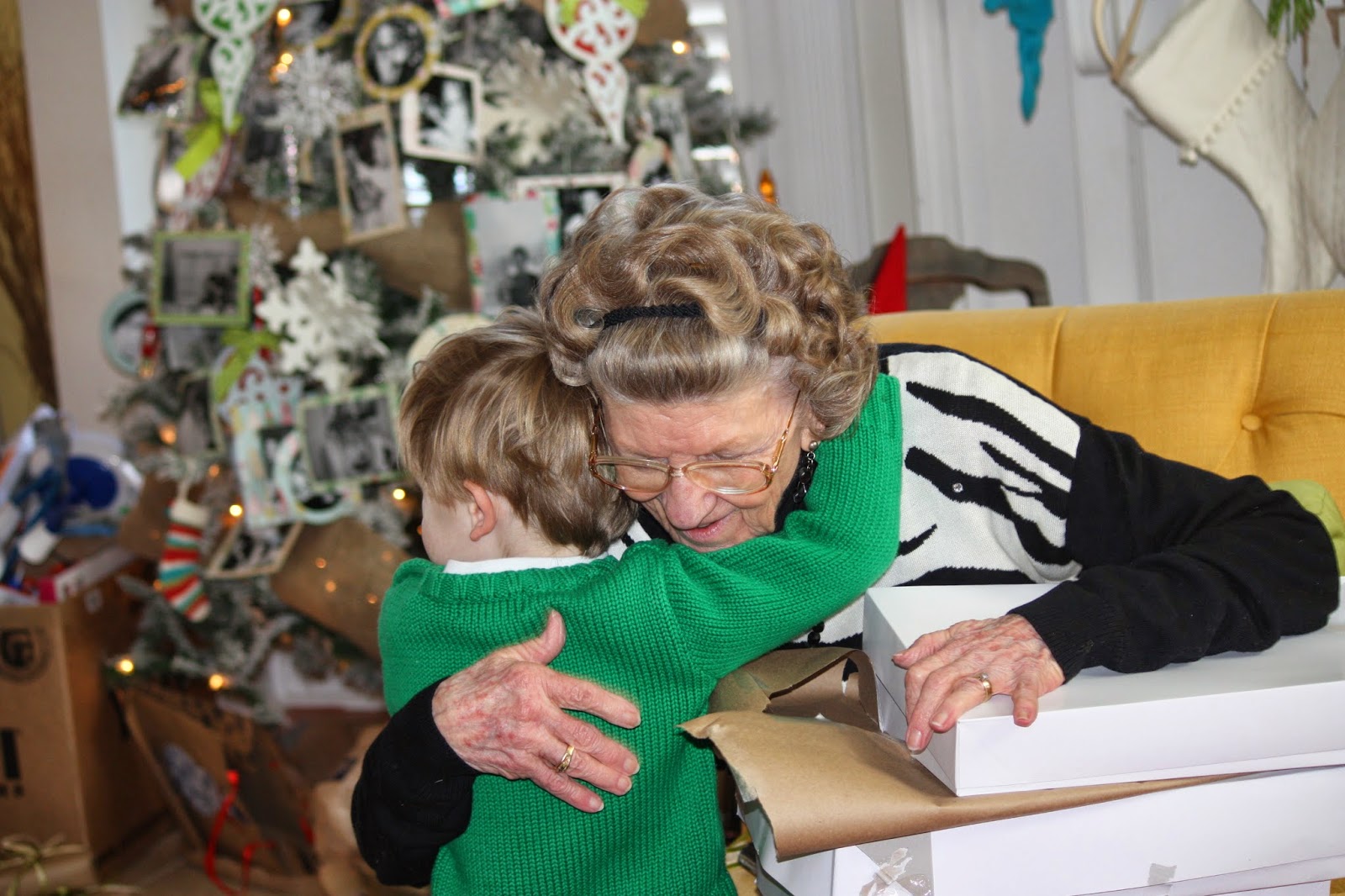 My uncle Brad also loves to spoil Little Man and one gift he got him this year was two soccer goals and a ball! Prepare yourself for some of the cutest pictures you'll ever see. 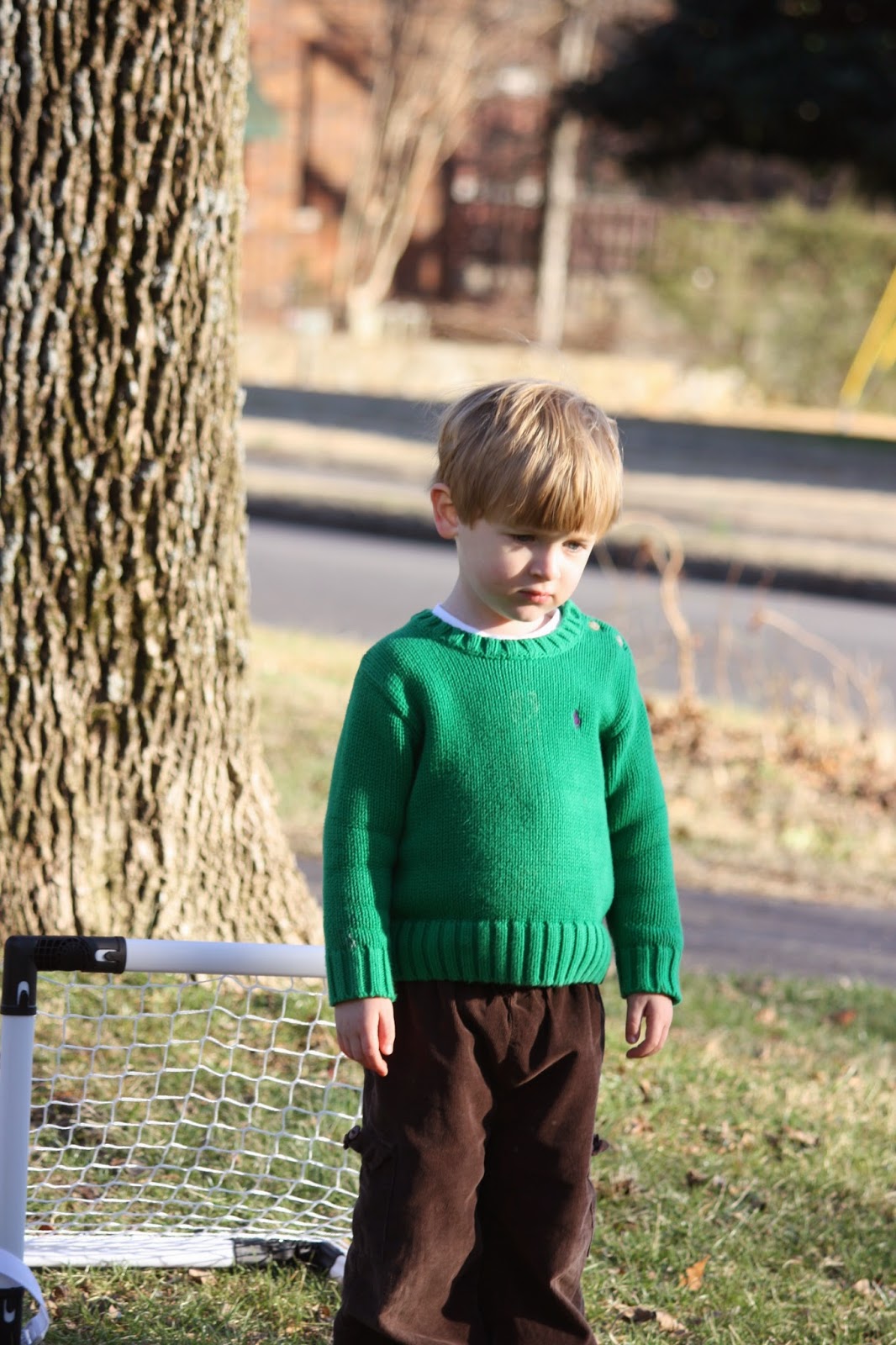 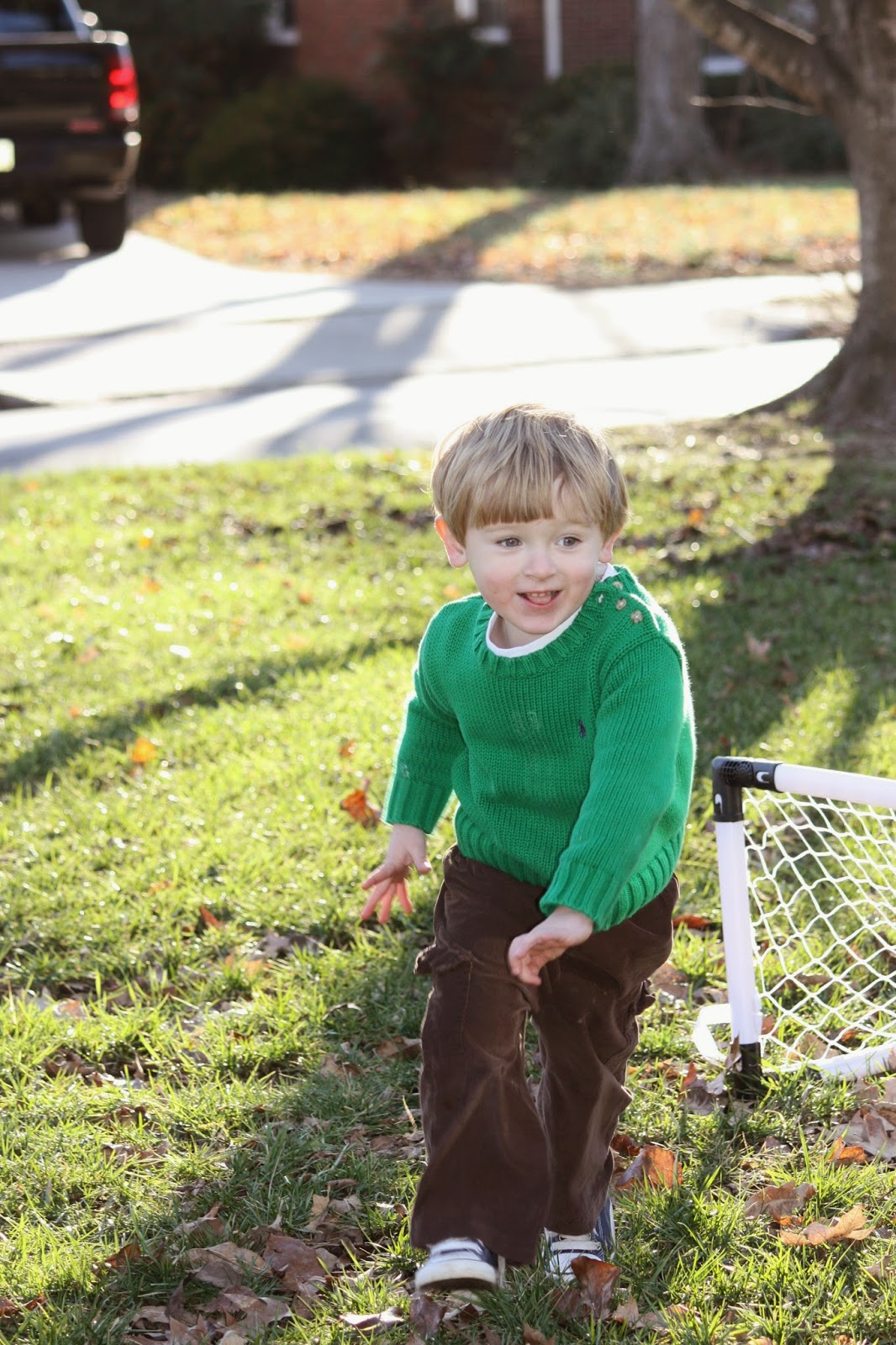 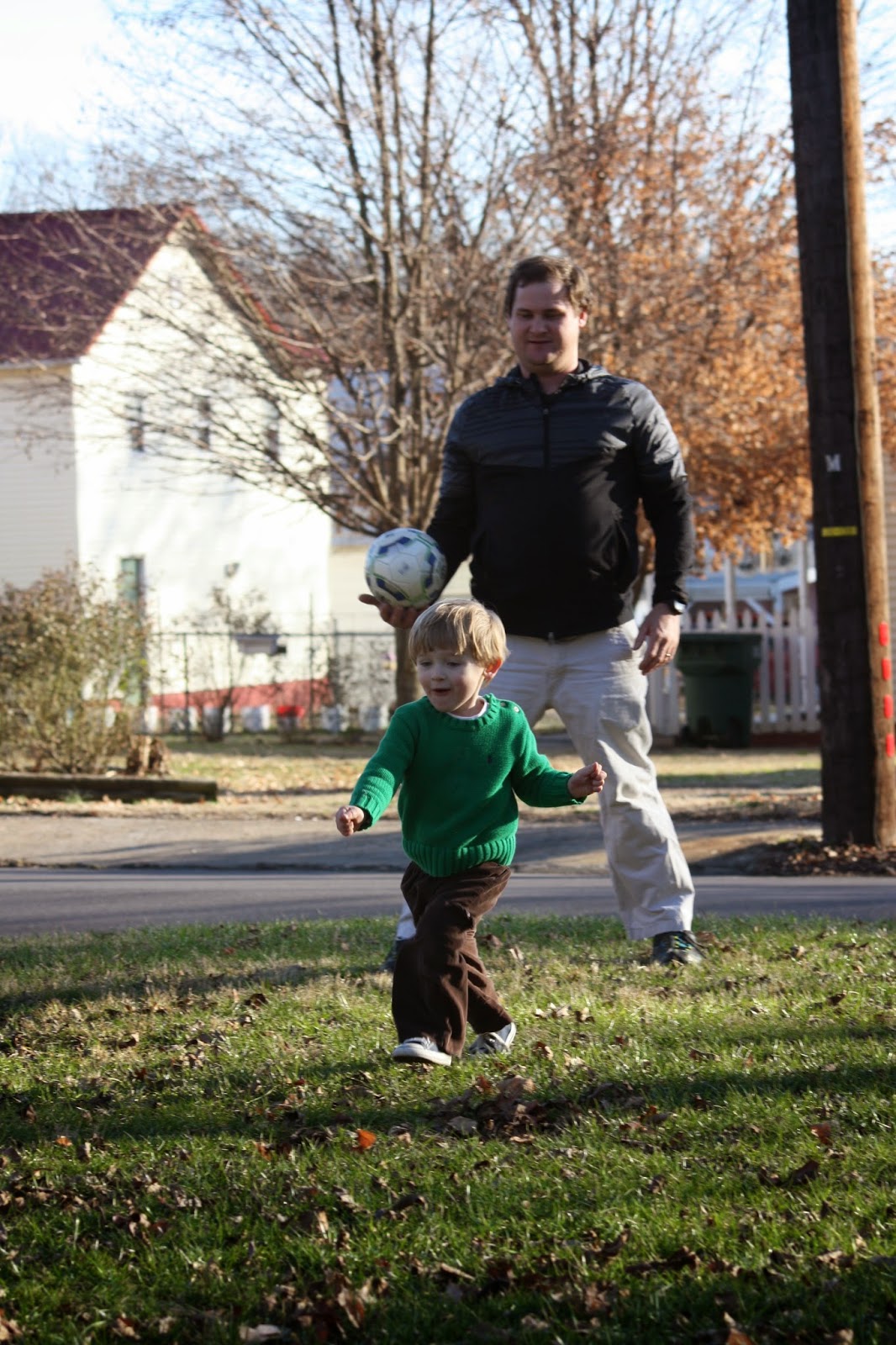 He tried to invent a new sport by kicking the ball for a little bit and then rolling it around with his hands and we were just happy to see him enjoying a sport!

Our time in Kentucky was quick but really sweet. We are so thankful for my parents for being such gracious hosts... and I felt like I had such a break that week as Mom took care of Wilson the whole time (while hosting Christmas... how'd you do that, Mom?).

On our way back to Mississippi, we stopped in Birmingham for a night to celebrate with Patrick, Leslie & the kids... and Baba and Grandan! Somehow I only managed to get two pictures, which were on my phone: