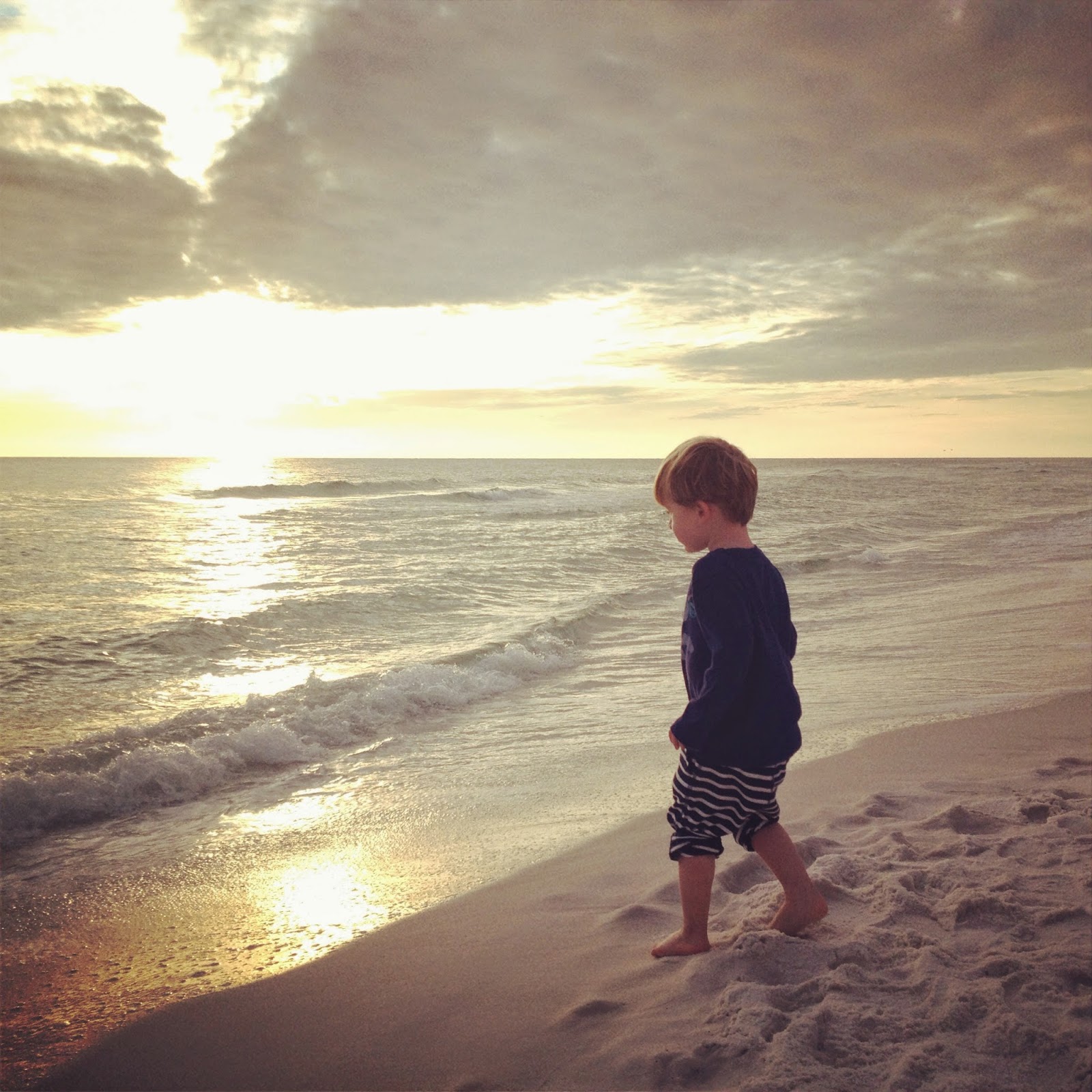 I think it's about time for a Wilson update! In February he reached the 3 1/2 year mark and I'm having the cliche "can't believe it" thoughts about all of that. Neither the days nor the years seem long to me. 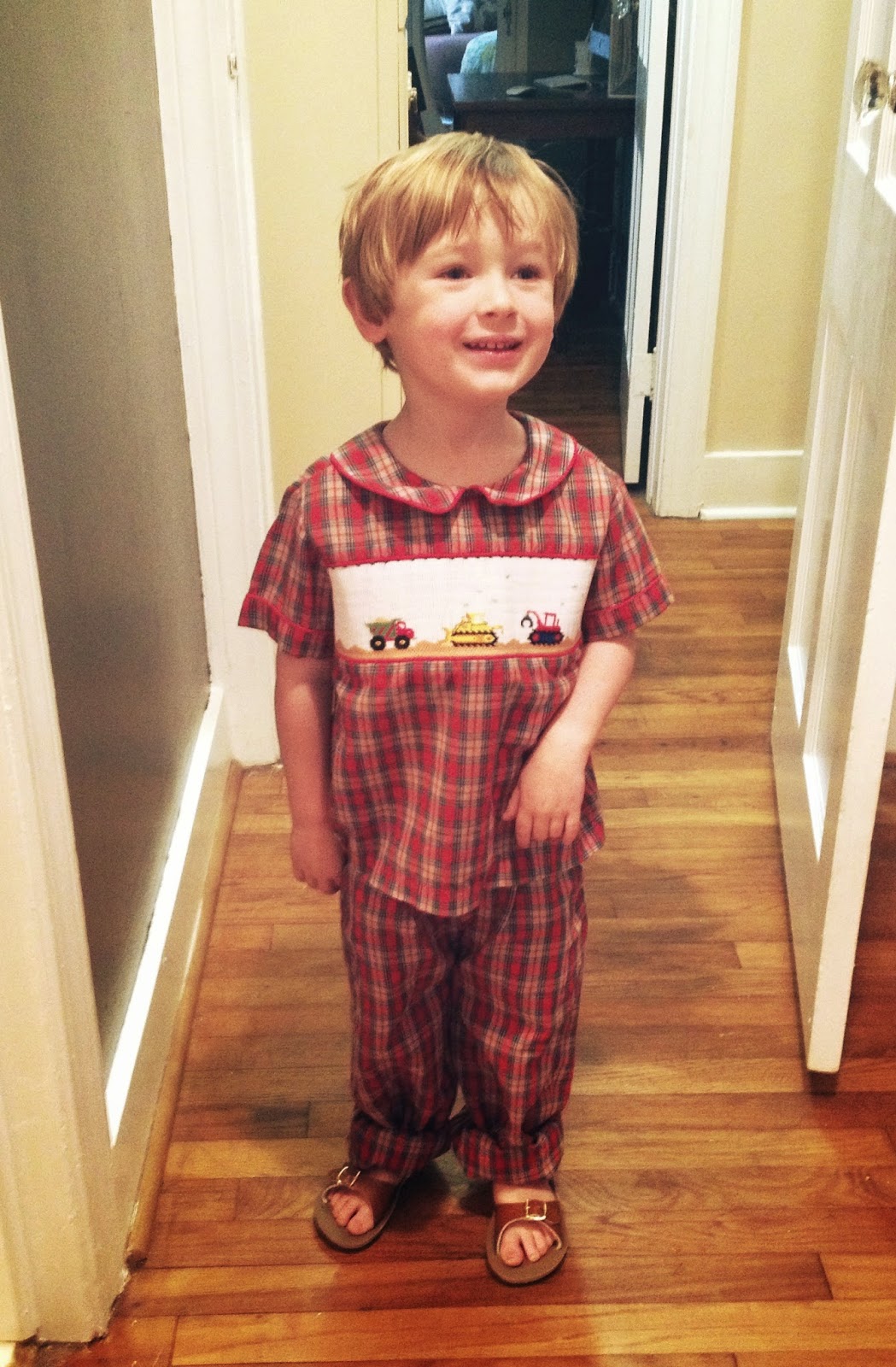 I love watching his personality unfold. He is certainly proving that he is an extrovert more and more each day... he is constantly (and I mean constantly talking). Mostly he gives us a play-by-play commentary on his life and needs us to affirm that we hear everything he has said. 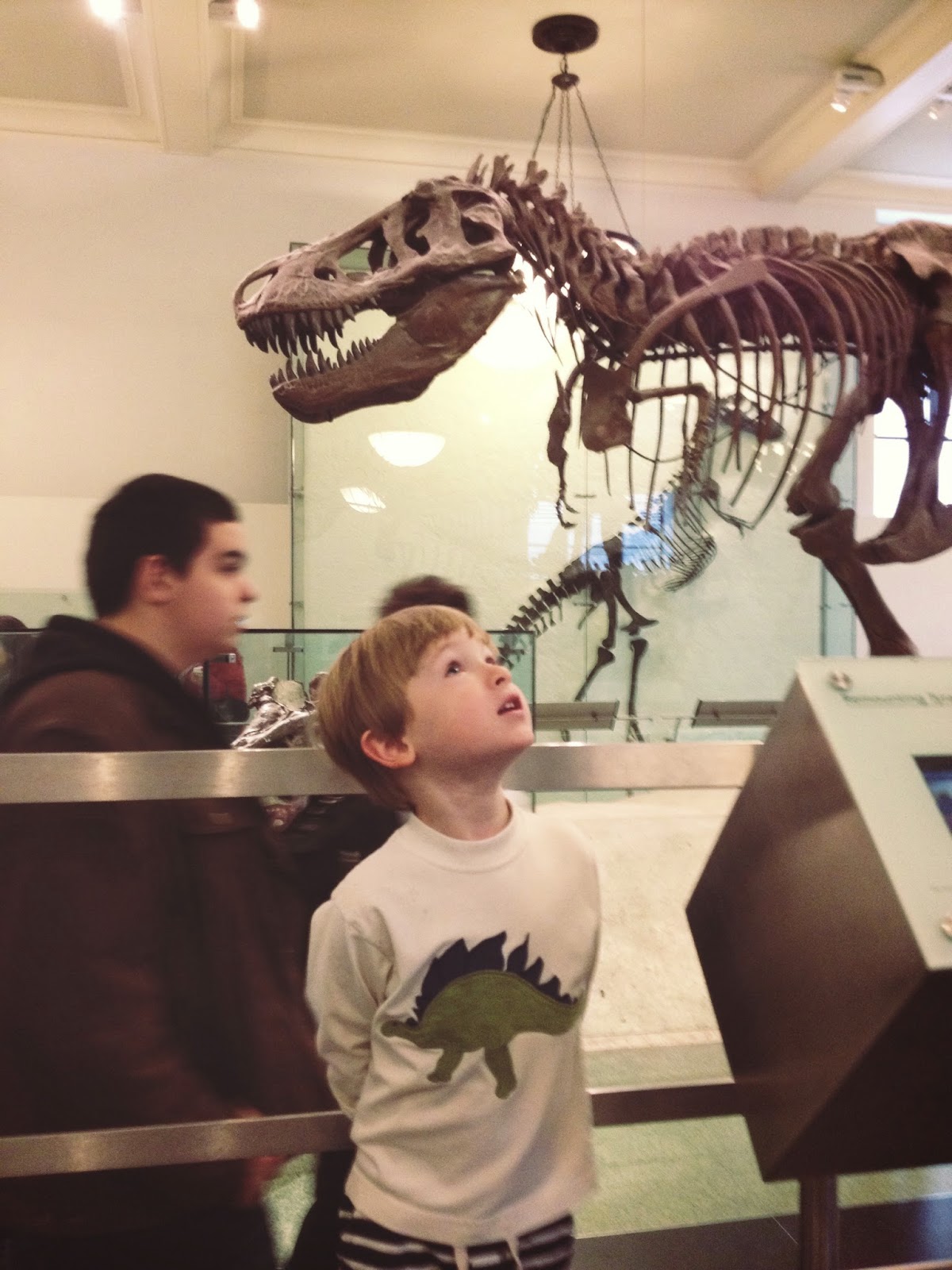 It's enough to get your blood pressure way up, but I guess one day I'll be wishing that he would want to talk to me at all. 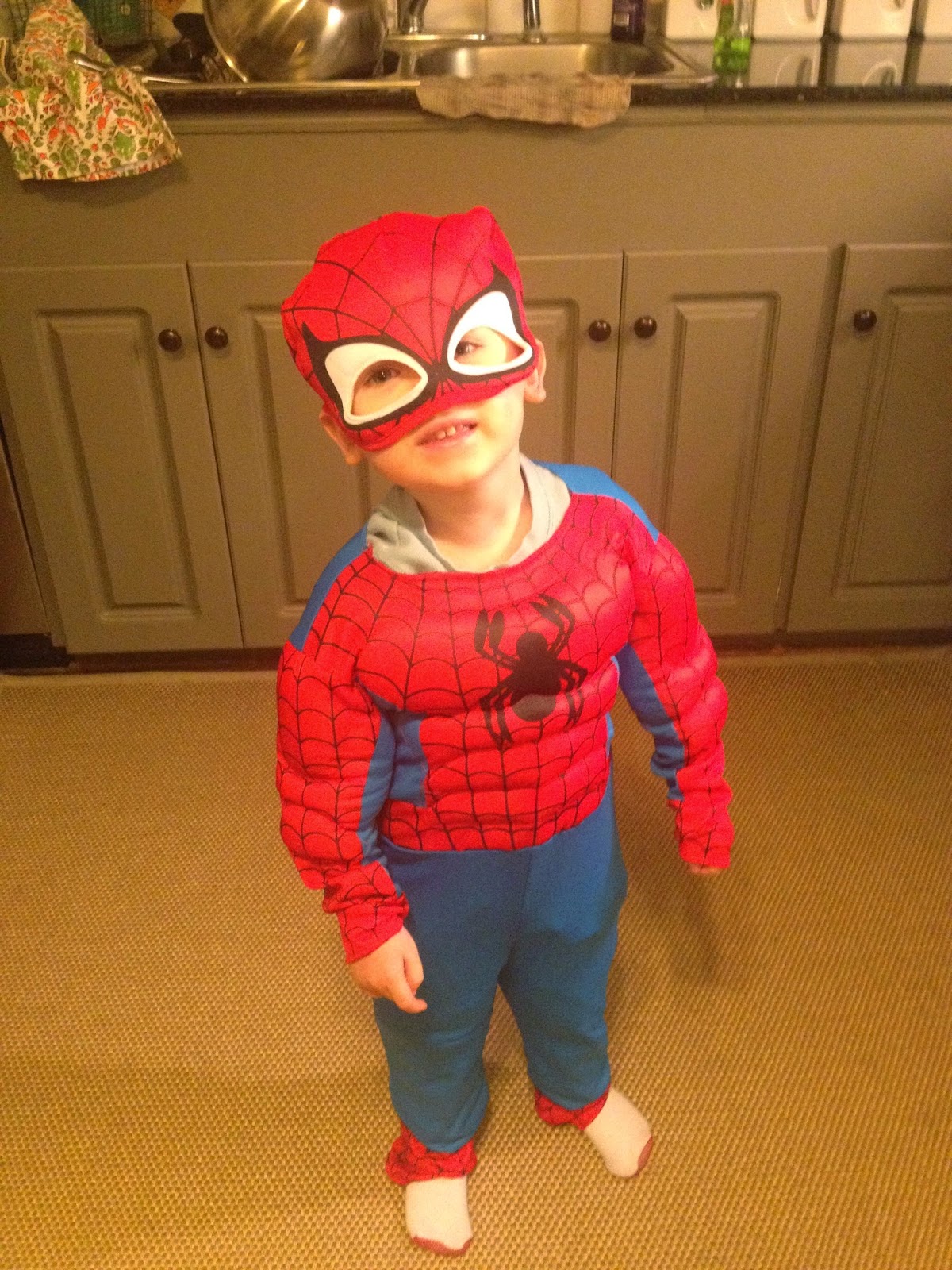 He loves to pretend and actually does really well at playing by himself. He talks to his animals (mostly Stripes and Baby Bear) a lot and they talk back... in a really high-pitched voice. Andrew's been trying to work on bringing it down an octave or two. 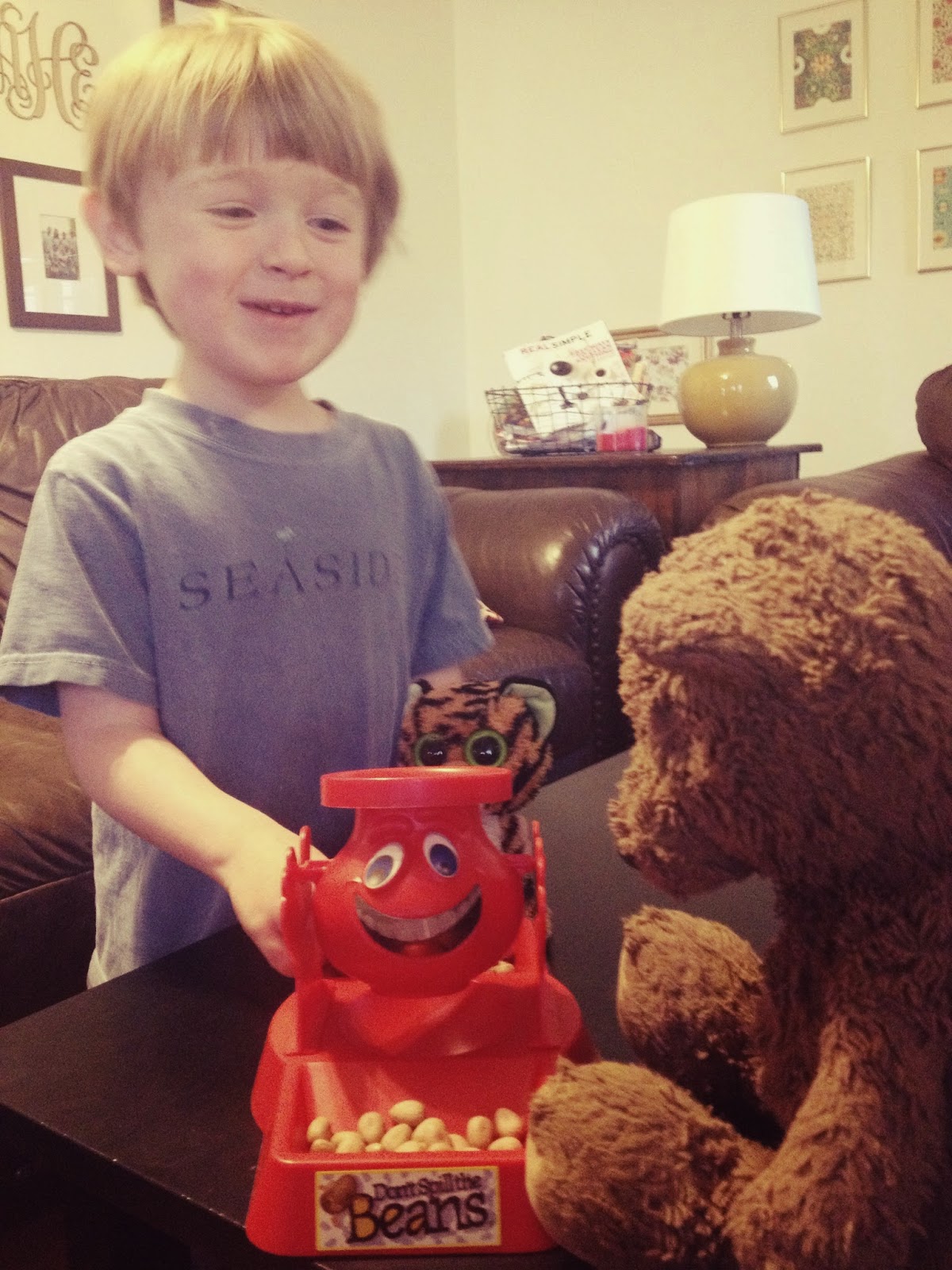 He also still really loves to sing. He makes up his own songs mostly but also loves singing any other song he's learned (I'm always amazed at what he retains.) 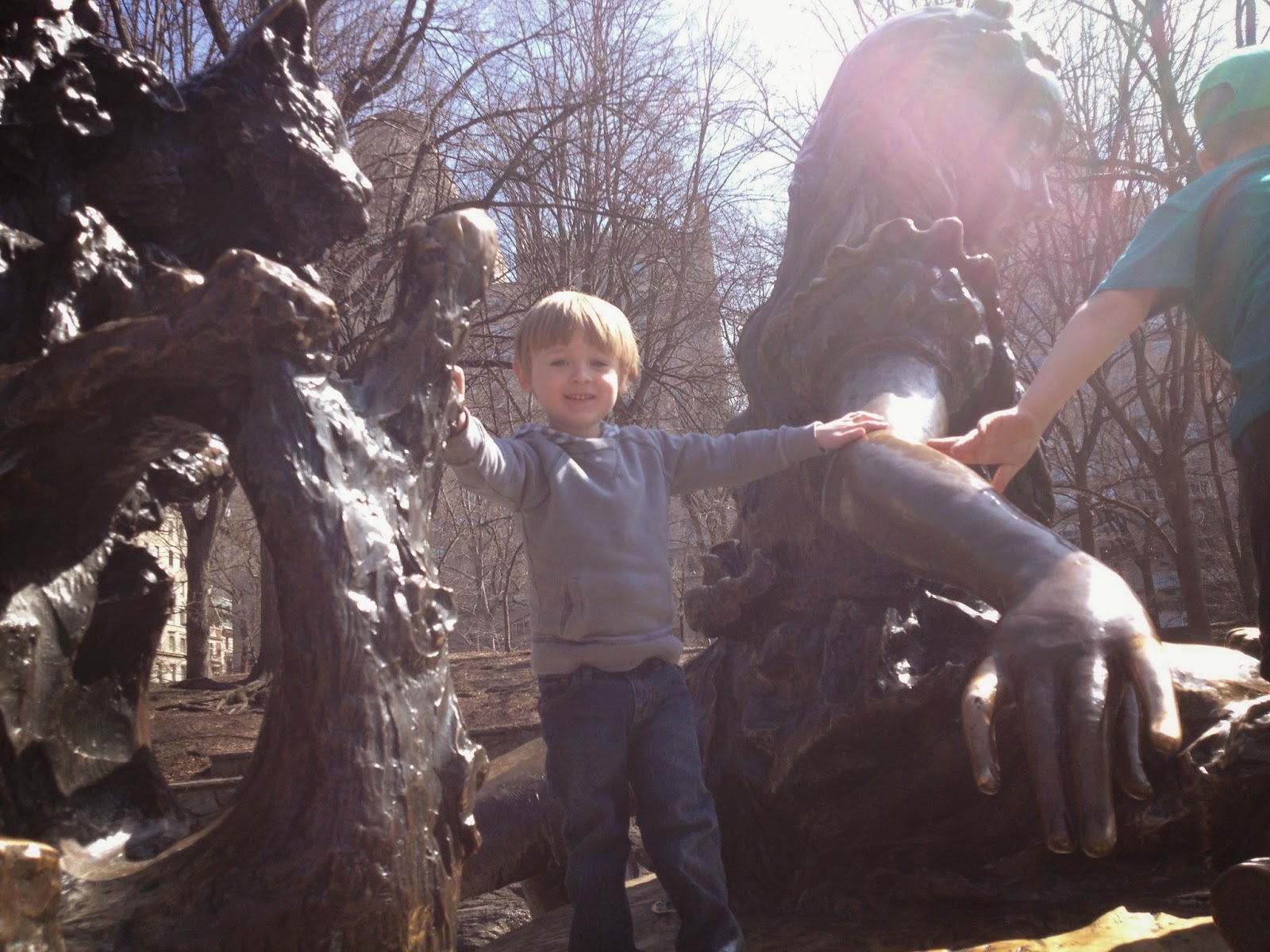 If I thought we were in the "Why?" stage before then I was gravely mistaken...we've certainly reached our peak. I know he's trying to make sense out of life, so I'm desperately trying to be patient with all of the questions but it can be challenging. Andrew's grandfather recently passed and we took the funeral as an opportunity to talk about death with him... he had a lot of questions, but I was so impressed with how much he understood as he talked about it with us later. Also, now he talks about death a lot and I'm hoping this is normal. I'm praying that God would continue to give us the grace to answer his questions with wisdom so we can lay a good foundation for him. 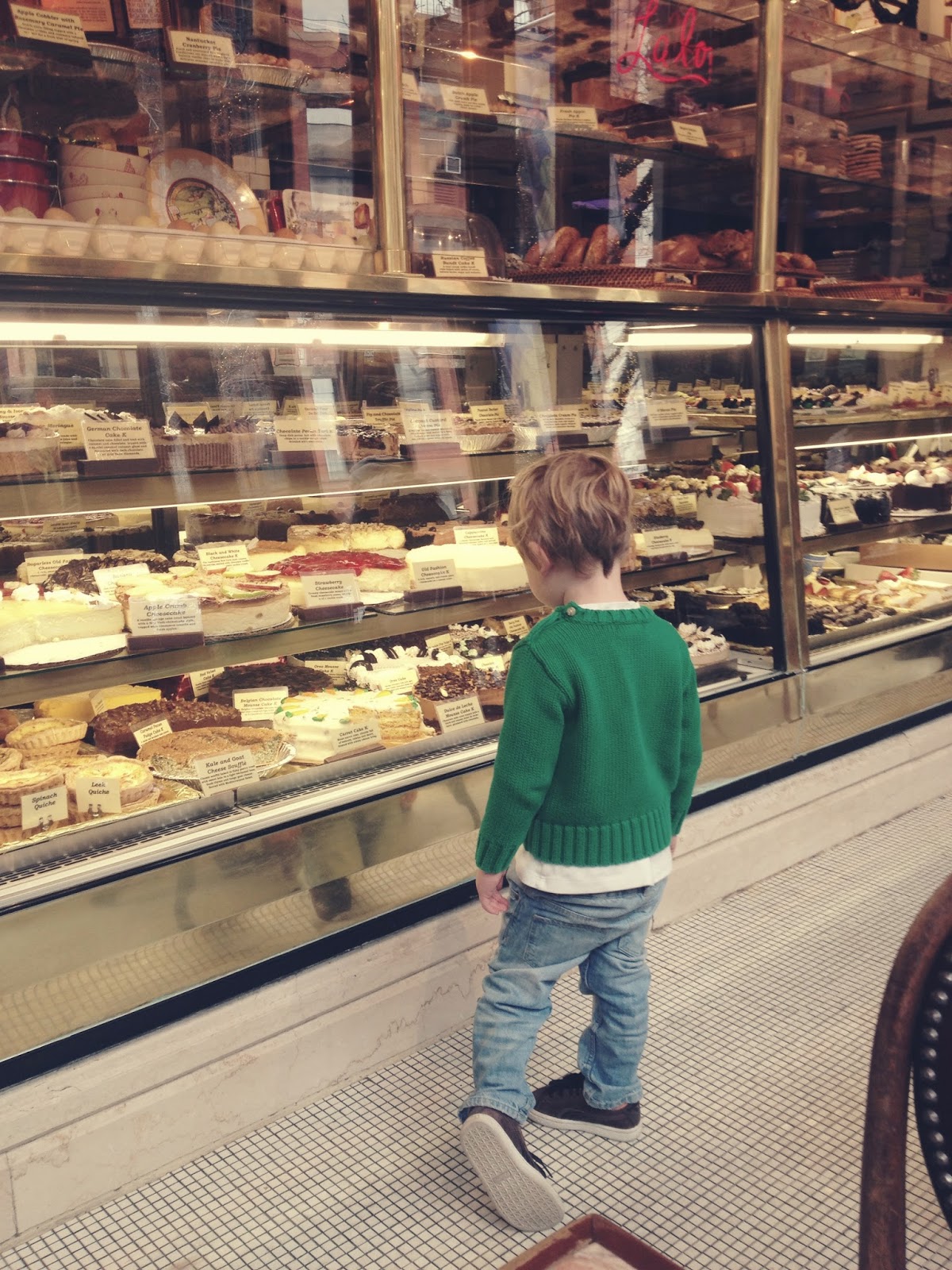 He loves legos right now and is super good at building things. I think he got his problem solving from his Daddy and I'm beginning to see what an engineering-like mind he has. He also still loves cars, of course and monster trucks. 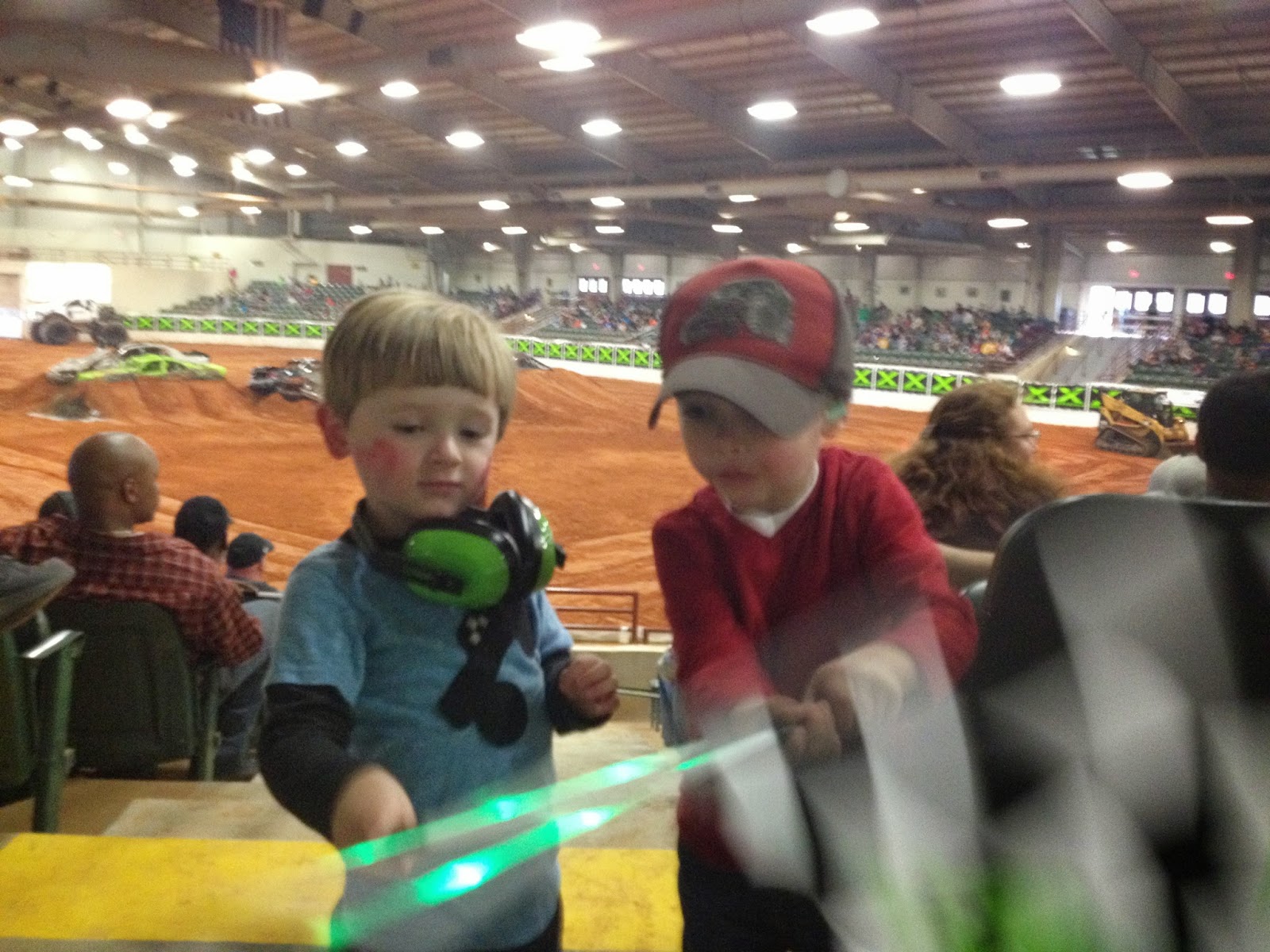 His temperament is mostly mild when playing with others, but I also see a lot of strong will in him. He, like most three year olds, always wants to win and rarely wants to share but he can also be really tender-hearted, so I'm praying the gentleness will stay and the strong will will turn into a desire to fight for the good of others and not himself. 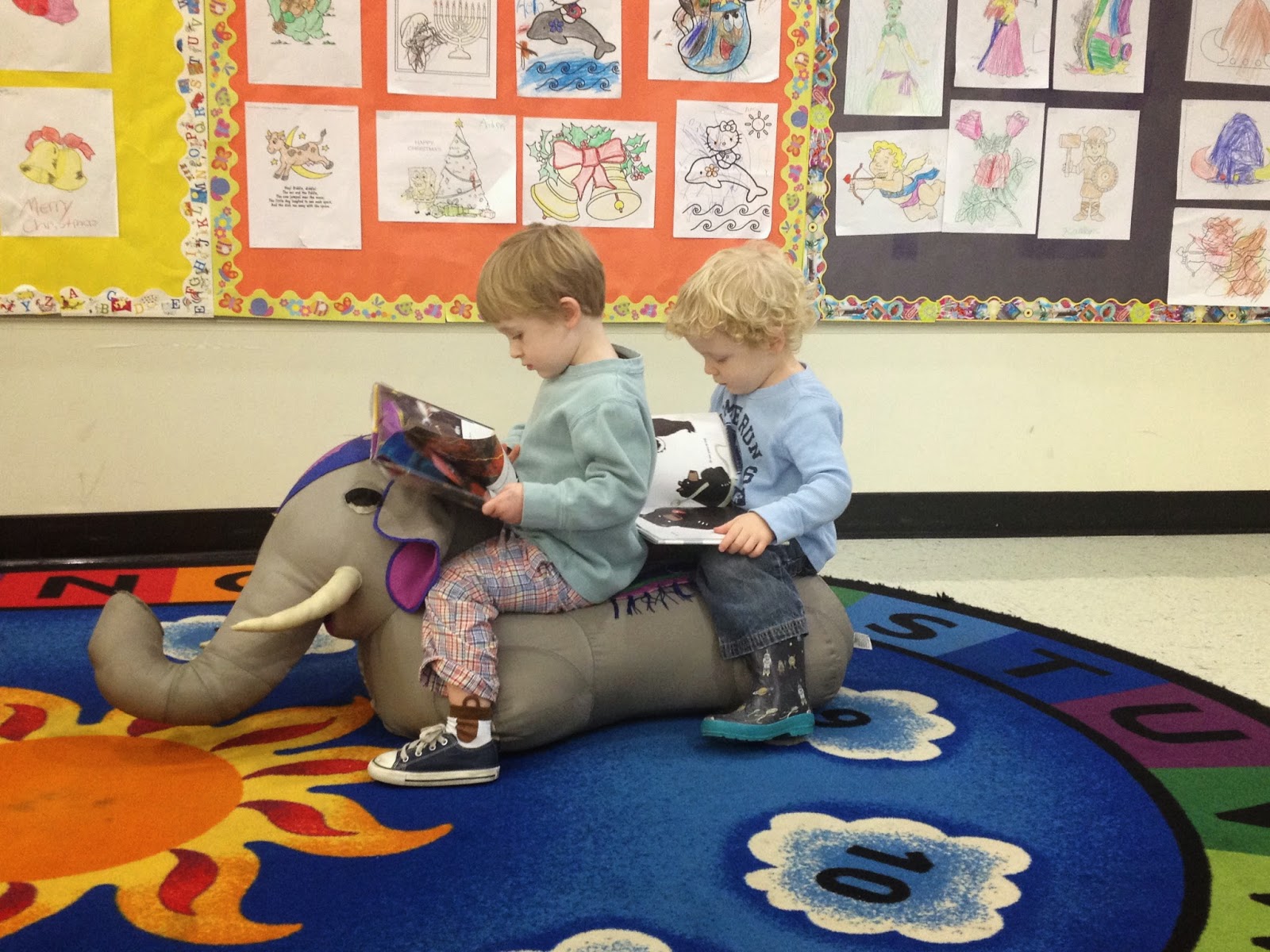 He is going to school two mornings a week and it has been really good for the both of us. Since he doesn't nap anymore, we desperately need some time apart and I think it's good for him to have some different authority speaking into his life. On Thursdays we always meet up at Chic-fila with either his friend Brooke or Benji... or both! 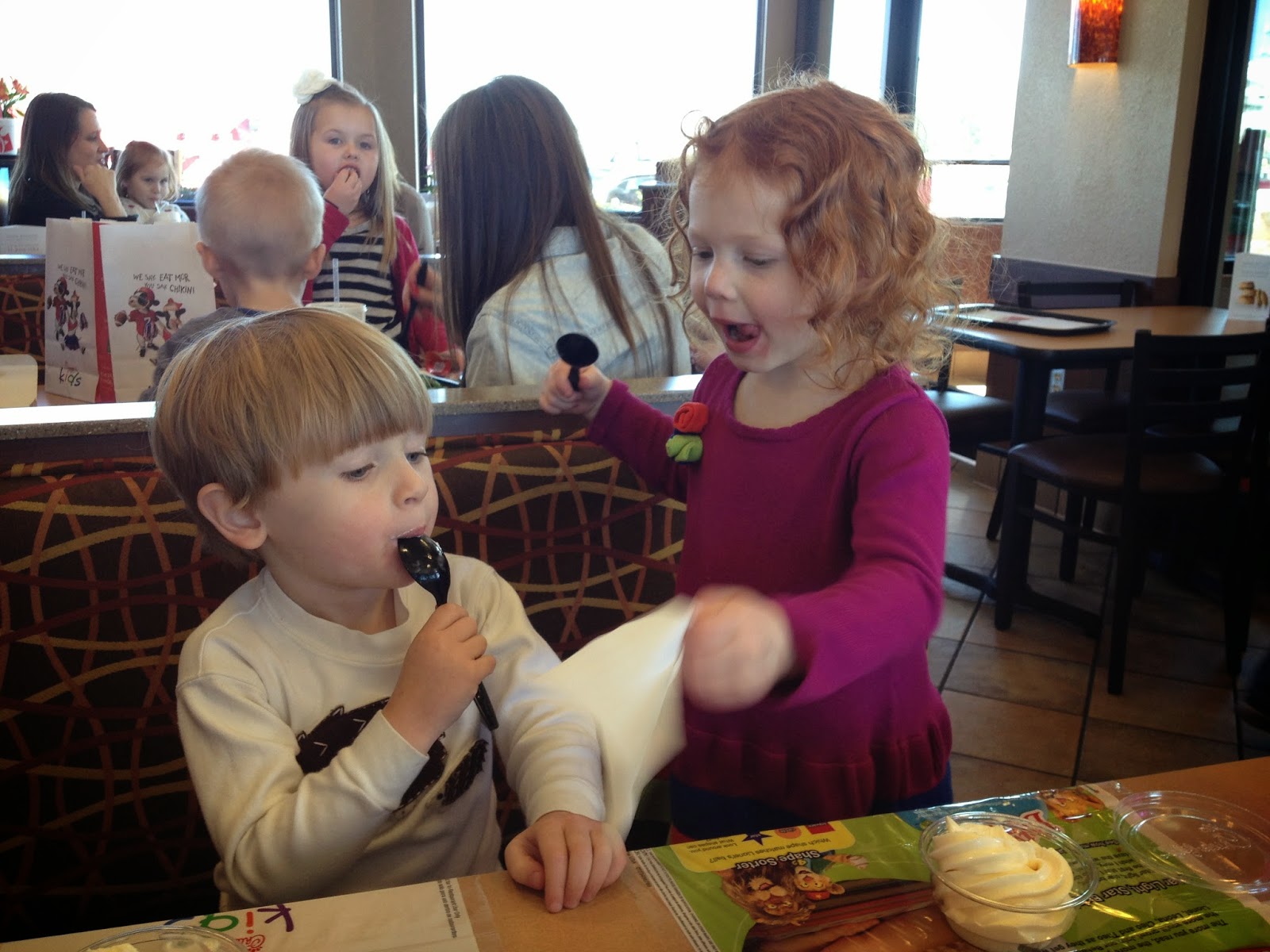 Friends are kind of the center of our little world right now. I get choked up when I think about what incredible friends we have in our lives. He spends a lot of his days with Margaret, Owen, Brooke, Benji, or James (and their little siblings... so glad Charlie will have friends in the group, too!) They are all at our church and we mostly live within a five mile radius of one another... so when we go a few days without seeing one or all of them it throws us off a little bit. I know this season in life won't last so I really just want to gather it all up in my arms and not let go. 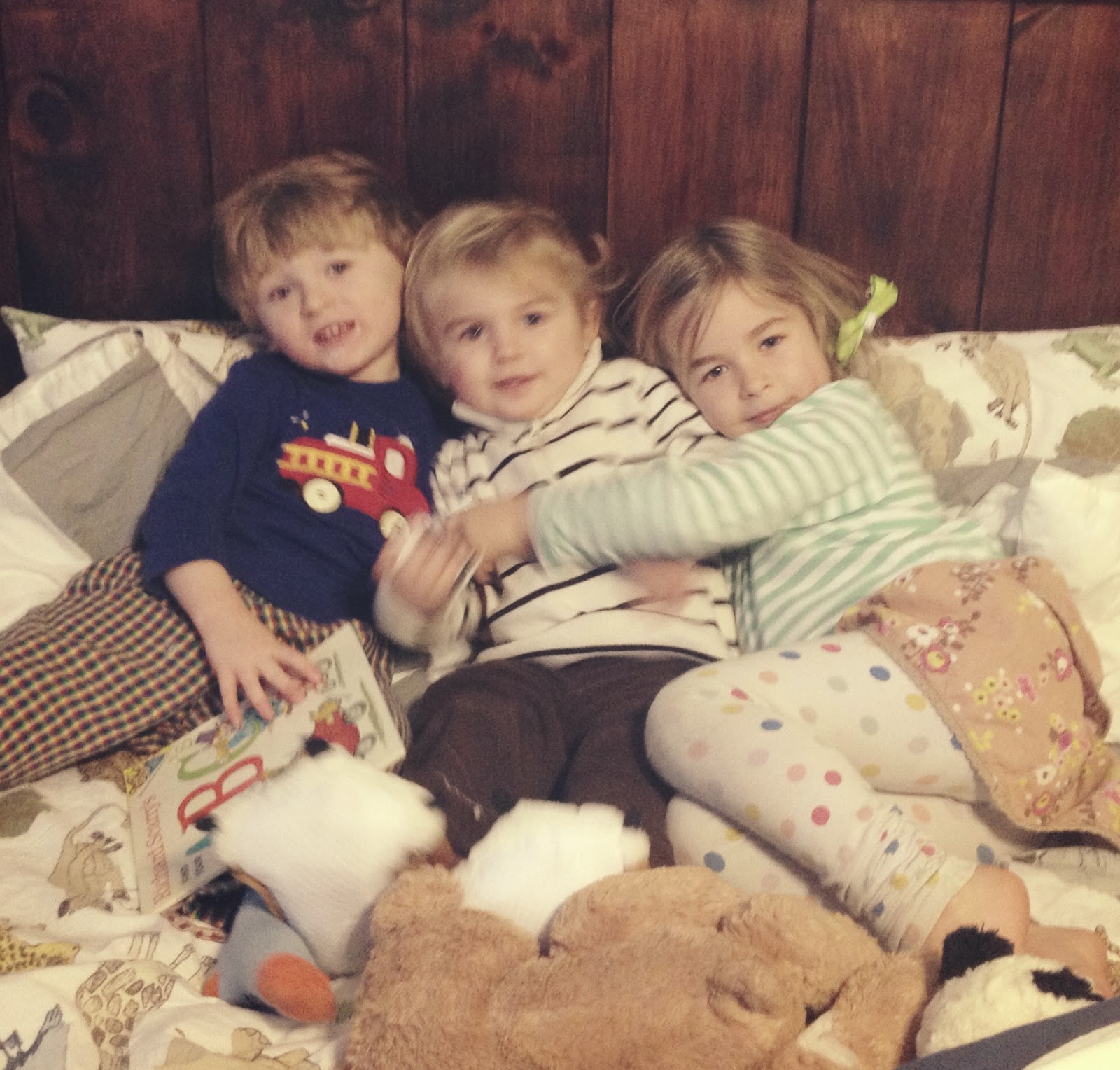 Wilson is usually very interested in Charlie (We named the baby! Charles Henderson, Charlie for short). He just asked this morning what I thought Charlie was going to look like. He likes to know if Charlie is awake or kicking or sleeping or eating or swimming. I think he will be a good big brother, but he has also made some comments that make me think he is not going to enjoy Charlie treading on his world... like, "Gigi, when Charlie comes you can't come to see him. Only me." (Yikes!) Andrew and I laugh that poor Charlie is going to get his ear talked off for sure. Wilson may even give him one of those high-pitched voices until he can talk back himself. (Double yikes!) 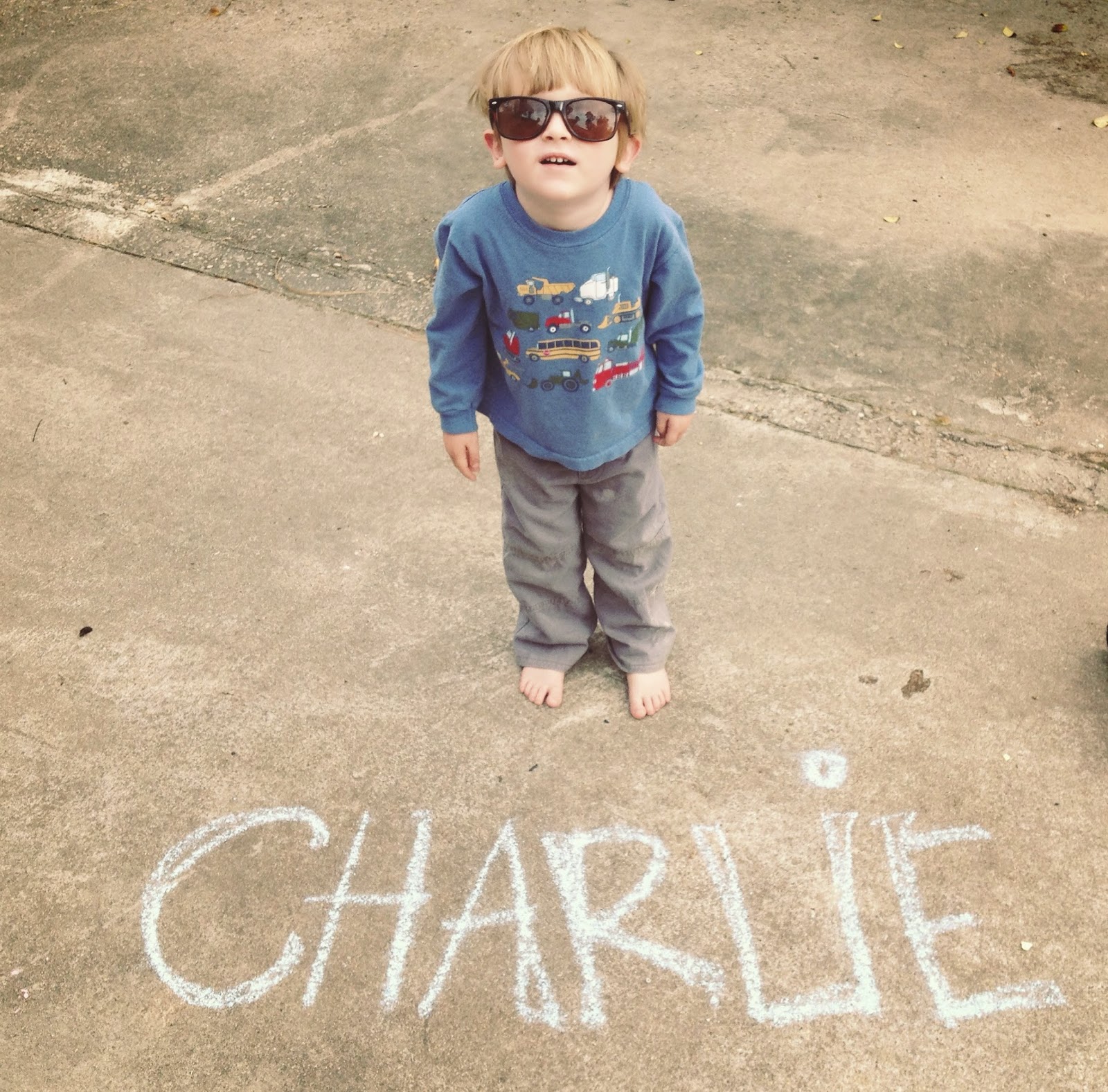 We love this kid. He makes our life so much fun and though I say I don't want him to grow up, I really love who he is becoming each day... and who he is making us to become, too. 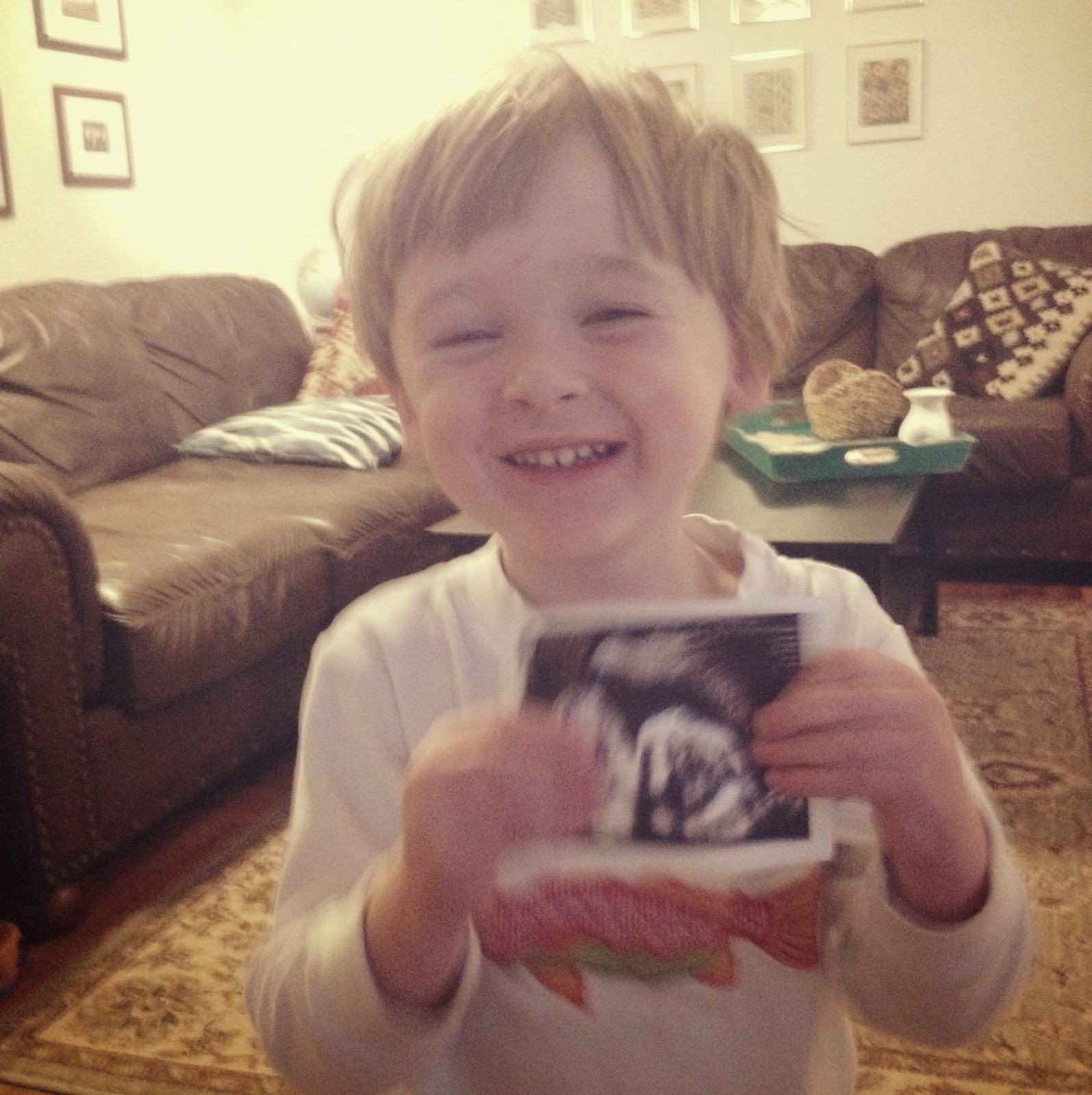