On Saturday we drove from Kentucky to Kansas City with a stop for lunch in St.Louis with our dear friends, Katherine and Robert. They will be moving next week so I'm so thankful we caught them just in time!
When we drove through two years ago, we made it in time to see a two day old Annie (whom Wilson roared at... Because, that's an appropriate response to a baby, right?). And now she's the cutest almost two year old. Wilson said, "Wow, she can walk and talk now." 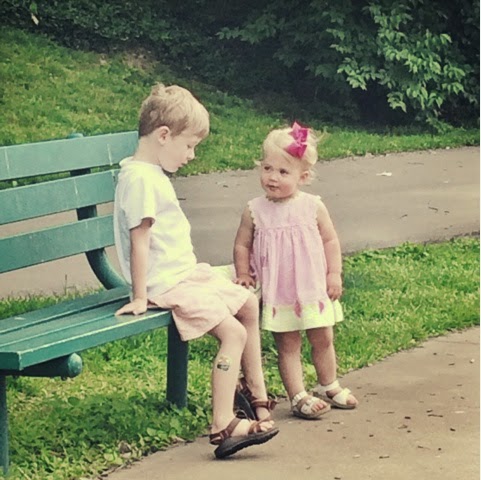 She called him "Wheeelson" and I almost melted into a puddle. While they park bench chatted, we parents chatted and I was wishing we had a whole week together. So much to say and ask in so little time. We've been through so many seasons of life together and well, we just love that family... What else can I say. Except why can't everyone just live in one place?
Charlie was not loving the car at this point. 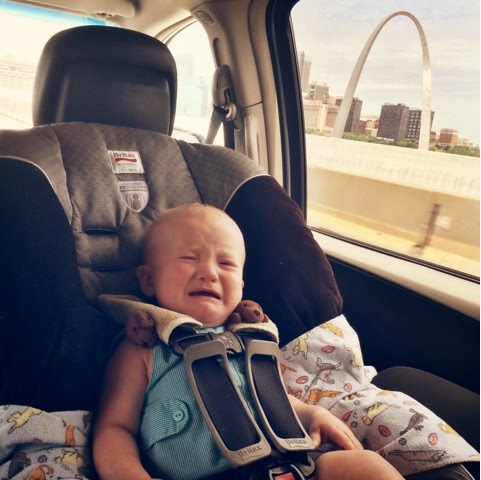 We drove to Kansas City that night and had dinner in a fun part of town but it started raining and we were all exhausted and all four of us in a hotel room was kind of a recipe for explosion of tempers. Just keeping it real, here.
This morning we loaded up and listened to a sermon while Charlie napped and Wilson watched a movie. We used gas fill-ups for crawling/exploring time. 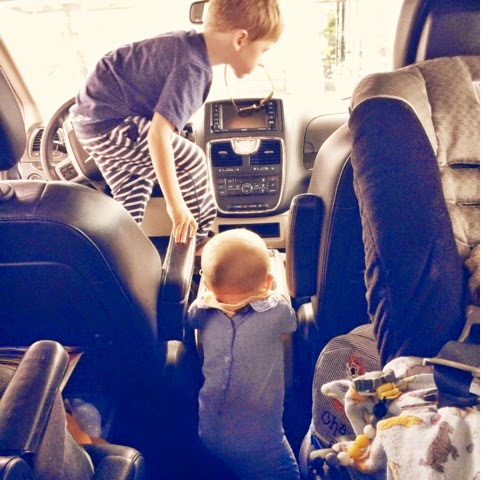 (By the way, if anyone needs to pack a Town & Country for a trip with a ten month old and four year old, I have a system down pat. Andrew calls me the stewardess.)
We ate al fresco somewhere in Iowa, our seventh state, before crossing the border into our eighth: South Dakota. 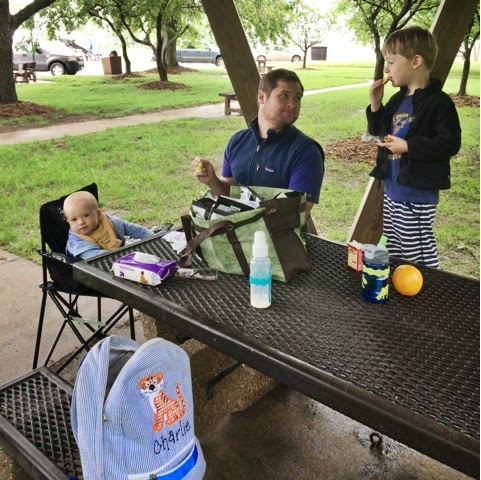 Sioux Falls was the destination for today and we rolled in around 1:30, which gave us time for exploring. I had a list from my best friend, Trip Advisor, ready to go and the Marine Cove & Butterfly House was first on deck. 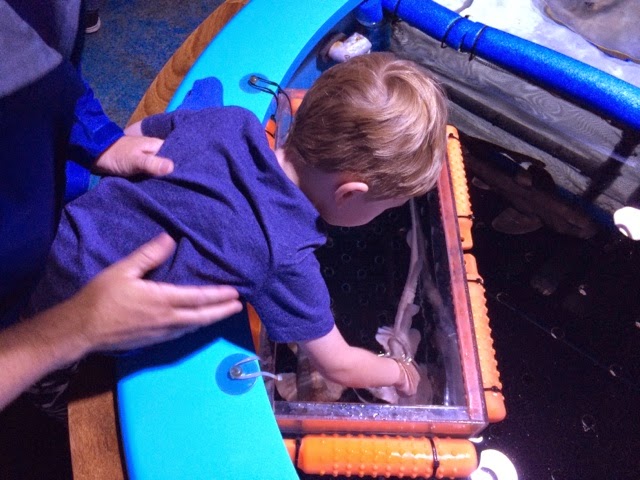 Wilson has a fairly new obsession with sea creatures so this was a fun surprise for him. 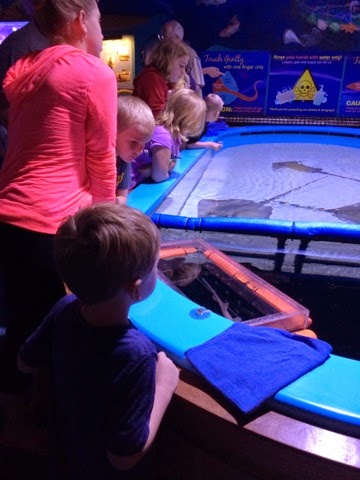 The volunteers there were wearing snorkels and walking around telling facts about the fish and Wilson was doing the same exact thing minus the snorkel. 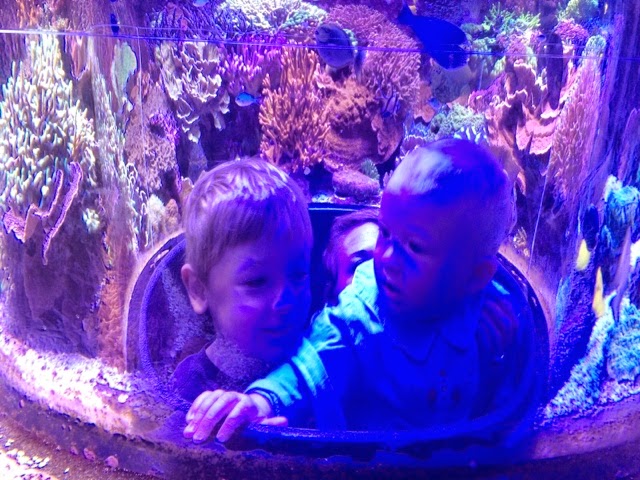 The Butterfly House was a bigger hit for him than I imagined, and would you believe he also had a thing or twenty to tell us about butterflies? 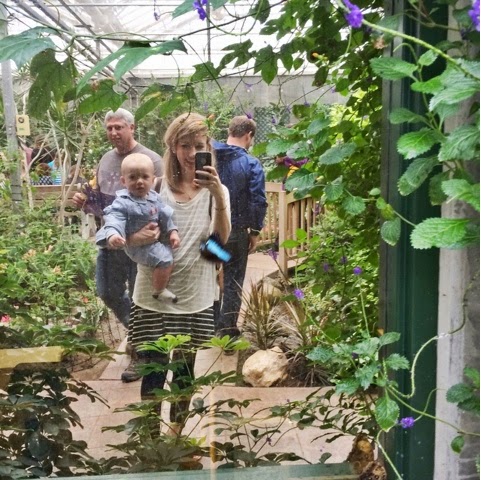 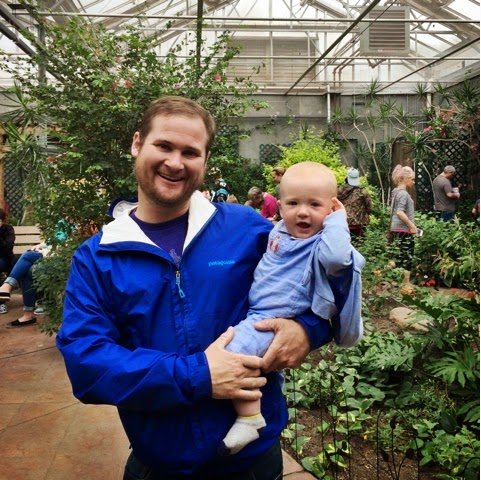 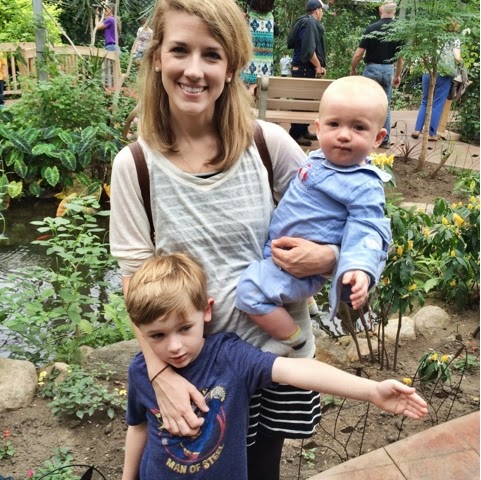 He said he did this so no one else would get in our picture. What am I going to do with this kid?
From there we went to Falls Park to see the city's namesake. It was rainy and cold but so worth it! Absolutely incredible natural beauty. 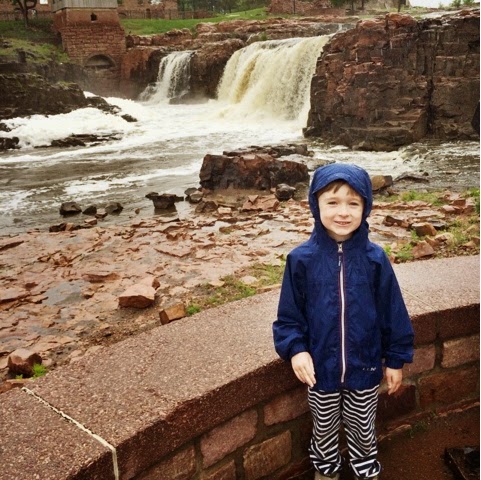 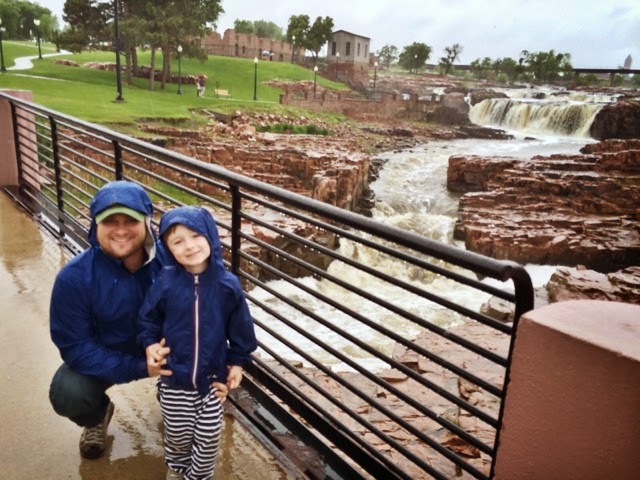 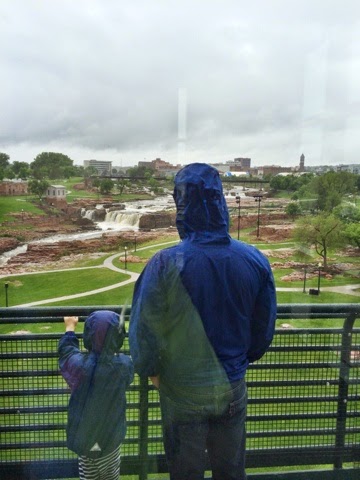 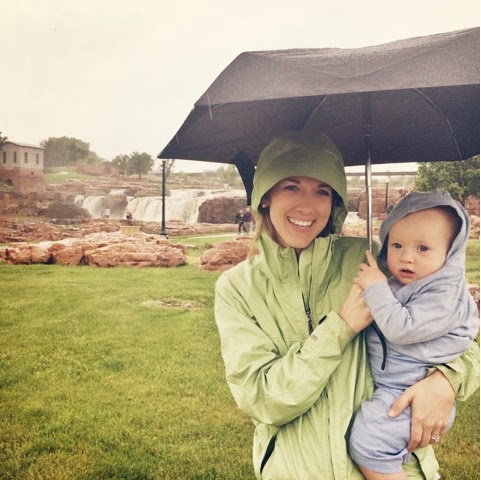 And then because it was rainy and we ate a light lunch, we got our geriatrics on and ate a 4:00 dinner at the cutest little diner downtown. 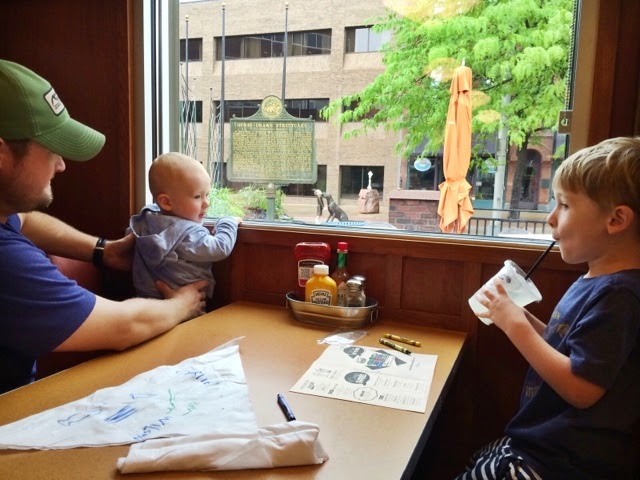 A S'mores milkshake put the cherry on top. 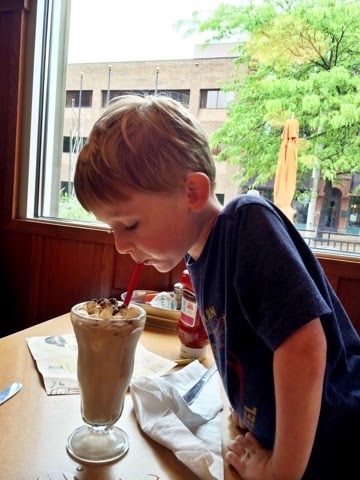 And then back to the hotel for swimming and tantrums and tears and fighting and "was this all a mistake?!" and early bedtimes... Thankful for melatonin and that God's grace is new every morning.
at 7:16 PM

Oh my gosh I love you. Melatonin, short tempers, exploring and all. You go, momma!!!