A Girls' Night Out 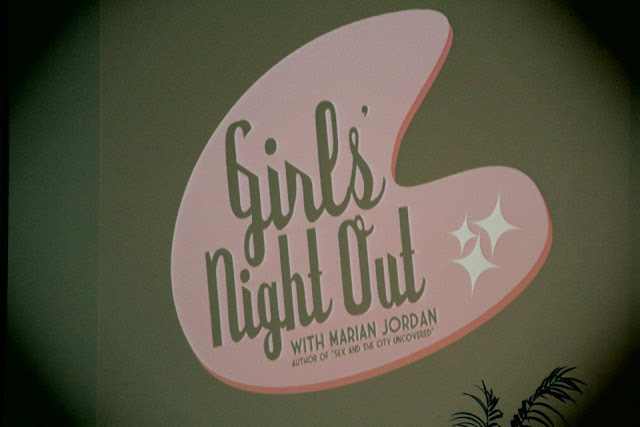 Neither Andrew nor I are "big event" types of people. Our ministry philosophy tends to revolve around intentional, sometimes slow-moving relationships that are rooted in the gospel. However, we know that the gospel itself holds power, and so any chance that we have to throw out the "seed" of the gospel to root in someone's heart we are all for it.

We quickly realized that it would take years to reach every pocket of campus with the gospel without doing large events that would lead us into relationships. Thus, in December our women staff started to plan Girls' Night Out with the hopes of bringing in girls from all over Southern Miss to hear the Truth and have the chance to connect with gospel-centered community.

On Tuesday night, we brought in author and speaker Marian Jordan (of Redeemed Girls Ministry) to talk about her quest for purpose and love in college. 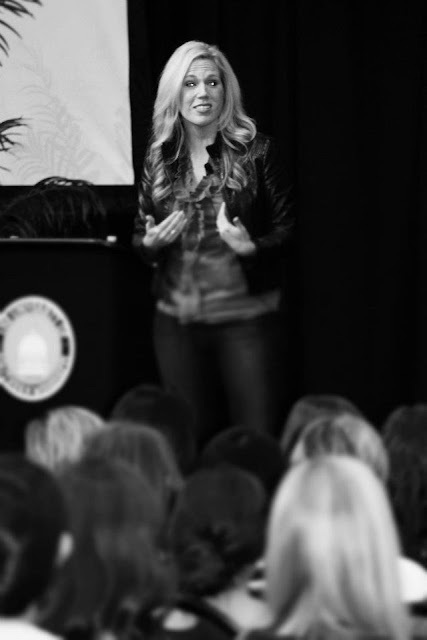 When we first started planning, we were optimistically thinking we could have around 75 or 100 girls there. We considered that a success. We prayed, we advertised, we visited sorority chapter meetings, we handed out fliers on campus, and we prayed some more.

That night, girls started flooding in the doors. 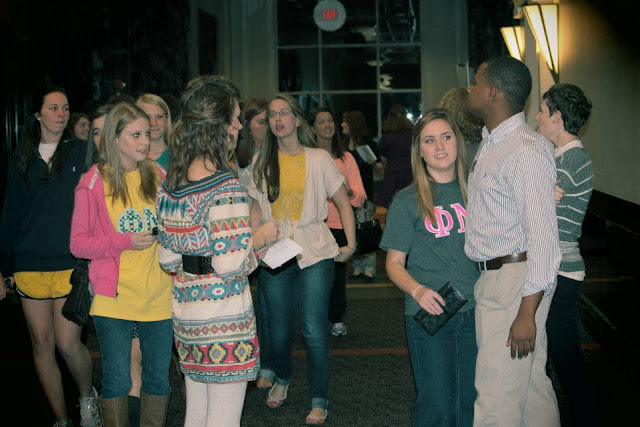 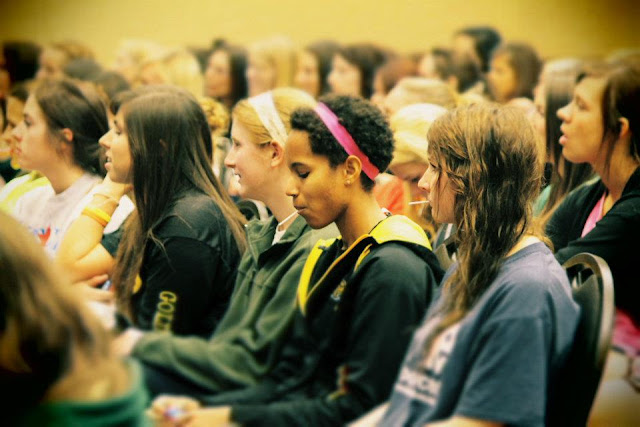 There were over 250 girls in the ballroom. Wow. The sight brought tears to my eyes. 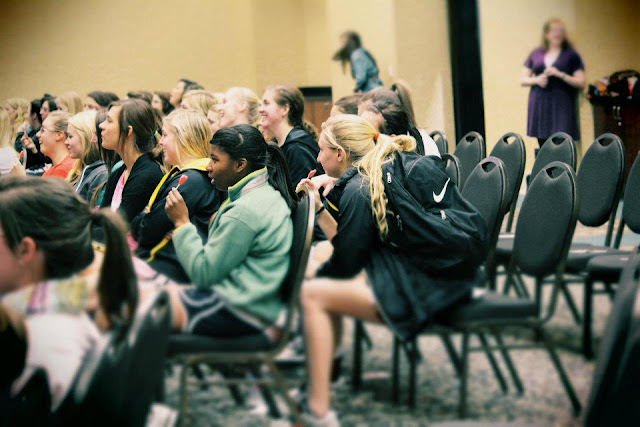 There were soccer players, sorority girls, Catholic Student Union members, white, black... it was an incredibly diverse crowd. One of the most encouraging things was that a sorority we had been praying about getting open doors into (Phi Mu) made it mandatory (???) for their members to be there! They were the only ones that did that. How's that for an incredible God? 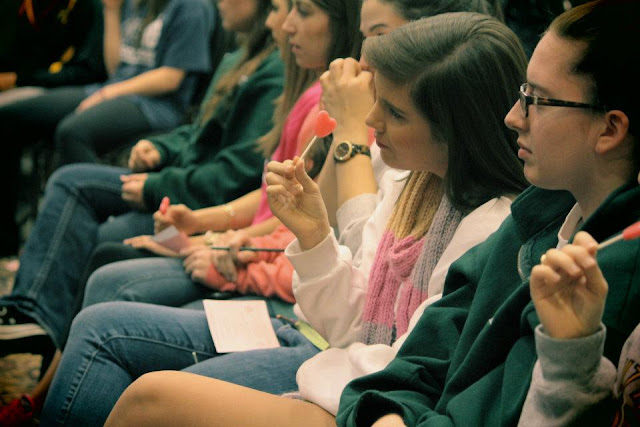 Marian spoke openly and vulnerably about her mistakes in searching for her rescuer in herself, in guys, in alcohol... she made a beautiful connection to the movie "Taken," in which a father moves heaven and earth to rescue his daughter (who lied to him about a European trip and ended up being abducted into the sex trade). At the end of the movie when she is finally in her dad's arms she cries, "You came for me?" And that, Marian pointed out, is what Jesus has done for us... he has moved heaven and earth to come, to rescue, to give us life.

Forty girls marked on cards that they had believed the gospel for the first time and were trusting in Jesus to rescue them. Ten of those girls were from Phi Mu. One of them was a student covering the event for the school's newspaper. Every one of those cards has a story behind them and we are so excited about hearing that story as we call and meet with them in the following weeks.

Please pray for our follow-up. Pray that these girls would get plugged into good community and would continue to walk with the Lord for the rest of their lives. Pray for us and our student leaders who will be starting book clubs to provide a landing place for these girls.

And praise Jesus. Praise Him for coming to rescue us from the domain of darkness into the Kingdom of His beloved Son. From death unto life.

Thank you, Jesus, for the privilege of holding these girls' hands as you walk them from death into life. 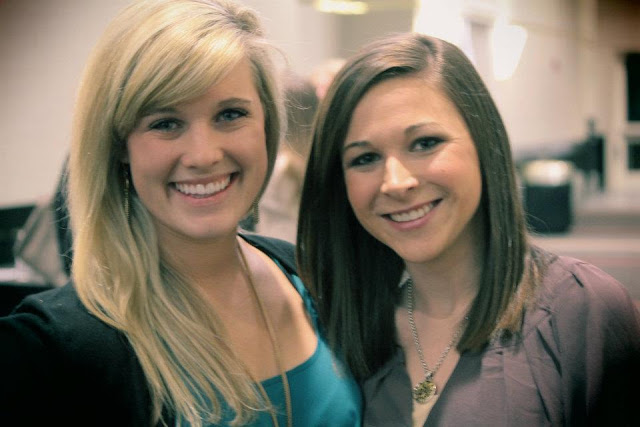 SO encouraging Elizabeth! thanks for sharing