The gratitude month. Most days I feel like I'm drowning, but most days I can also count more blessings than ten little fingers and ten little toes could hold. 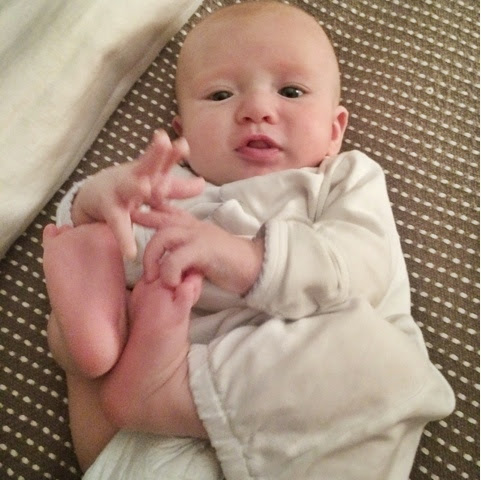 I'm writing this post with a five month old, so I can't really remember all of what Charlie did as a four month old but I do know squeels and smiles were in abundance. 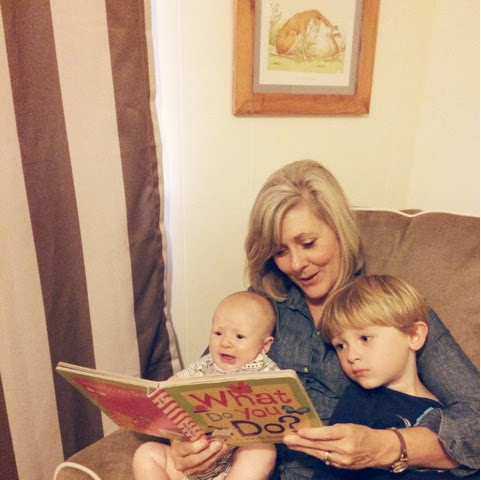 We had a sweet visit from Gigi while Daddy was away. 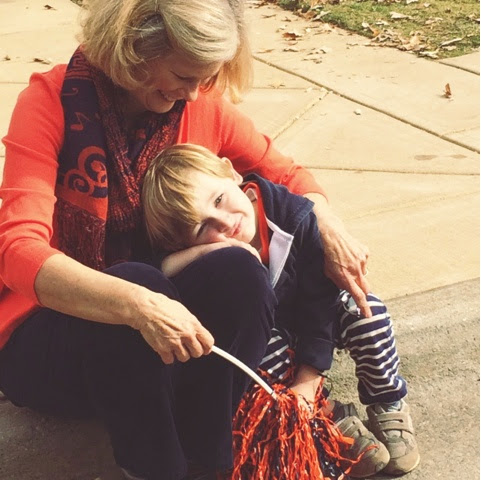 And then a trip to Auburn for Wilson's second ever Auburn football game attendance. (He was one at his last game and I'm sure he doesn't remember a thing.) 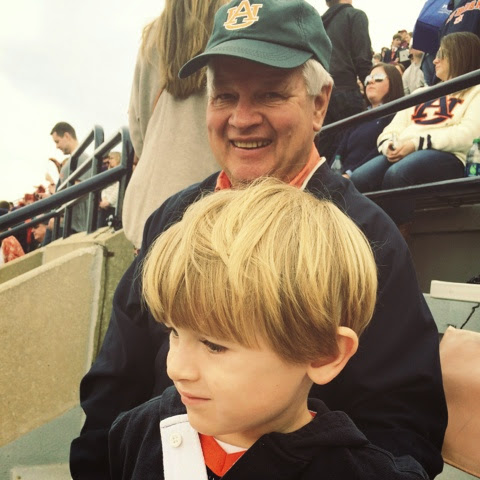 Wilson went through a phase in November where he wanted to shorten everyone's name. So we had "Char" and "Da" and I was "Ma." He insisted that his name was "Wil" (or sometimes "Wils") and he went so far as to write "Wil" on his papers at school. He wasobviously  serious about this. 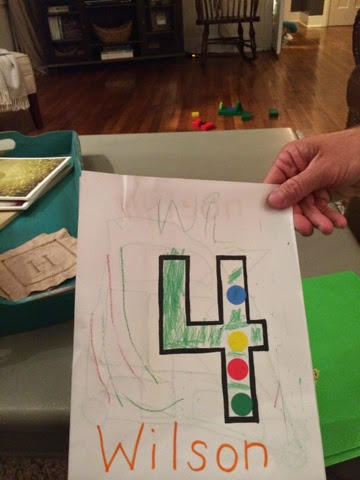 He's such a great big brother who so very much wants to be the sole care-taker of Charlie. 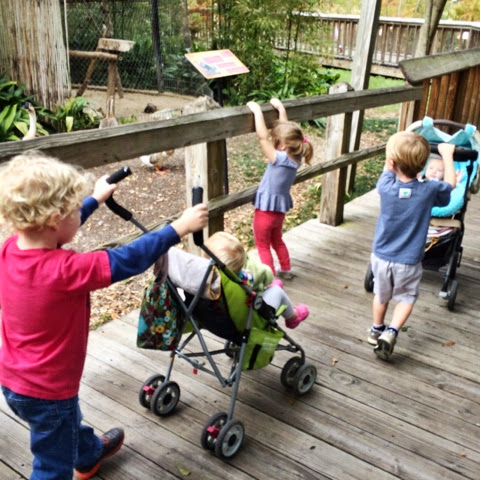 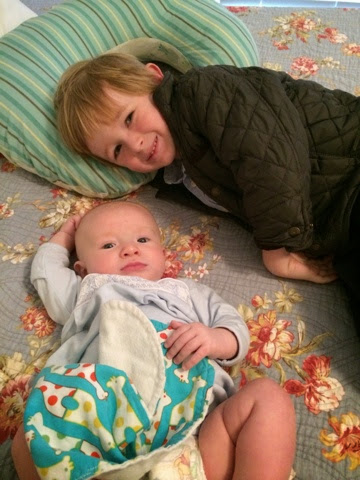 We celebrated Thanksgiving at the lake with Andrew's side of the family and there was lots of quality cousin time. 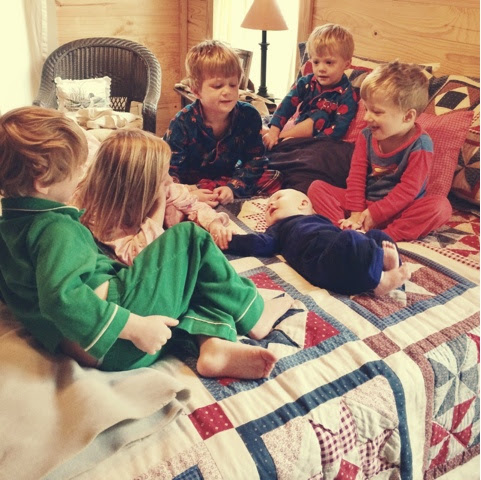 I'm in love with these six and how (mostly) sweet they are with one another.
It's fun to think about all the milestones ahead that they will share together. And how some of them might even end up in college together. 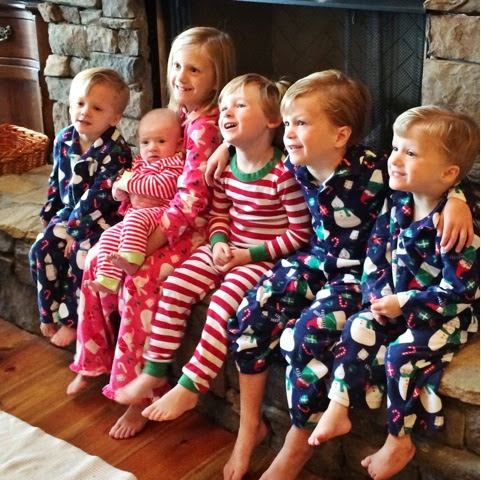 And if they do, we are totally sending th off with this pic: 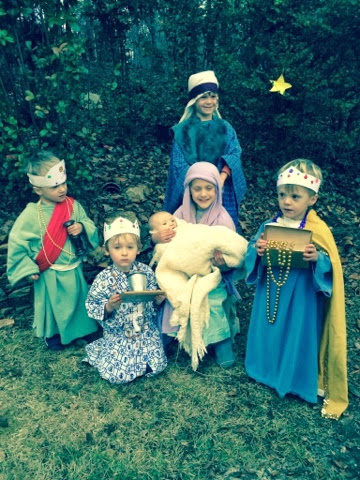 Sometimes I look down at Charlie-Boy and I can't believe he's a real person. It feels like we waited for him for so long...Did I dream him up? Is he really ours? Thanksgiving was one of those mornings. 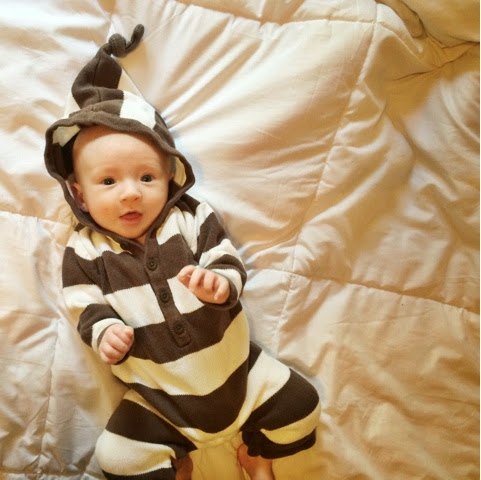 It's like that with both boys. I have really, really hard (like sink behind the bathroom door in tears) moments with both of them. But what outweighs those moments are not the sweet things they do... But the truth that rings over them: "You are mine. You belong to me." I tell
Wilson that even his anger (that we deal with so, so often) is my anger. I'm on his side... I'm on his team and he never has to fight against me. I want to help him through hard moments. 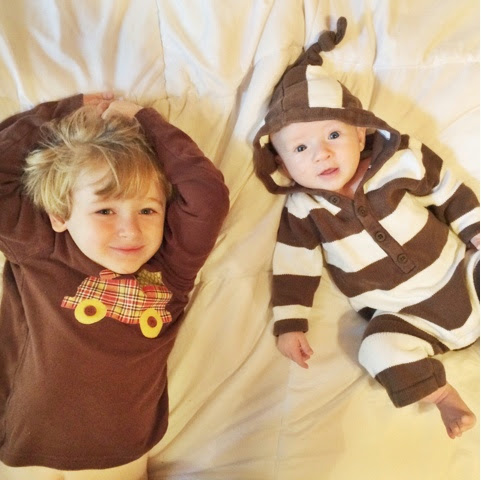 And when I mess up and answer his anger with my anger... Then Jesus is telling me the same thing. "You are mine. You belong to me. This anger is something I already took care of... Let me help you walk through it."
Praise God that He is the True Shepherd. And I am just the mama sheep.
at 1:28 PM

Hi Elizabeth! Your boys are both so handsome! I hope you and your family are doing well.

Elizabeth! I'm always so encouraged and challenged by your posts. Thank you for taking the time to share! Don't we all just want to hear that we are His?...but I forget. Thanks for the reminder!